Share All sharing options for: brandon marti arrested for doing the white guy with dreads thing

former hurricane "linebacker" brandon marti got arrested earlier this morning for doing the white guy with dreads thing. marti was charged with "battery and false imprisonment related to domestic violence" which is lawyer speak for slapping around your ladyfriend. or as it is more commonly known, "pulling a chris brown". 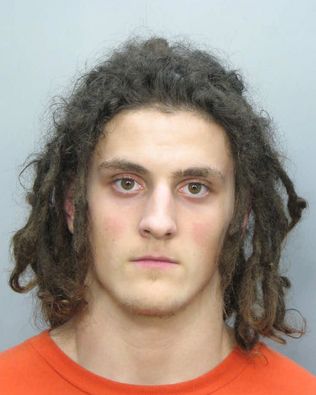 marti was relegated to the practice squad as a freshman this season and eventually booted off the team altogether after failing to get a respectable hairdo despite repeated warnings from coach shannon.

on a personal note, as a fellow white guy who also spent the majority of my freshman year in and out of the clink, with a really bad hairdo, here's to hoping that marti uses his time at tgk to find jesus. or a barber. preferably a barber.