Share All sharing options for: Bryce Brown Chooses....Hopefully Not Miami 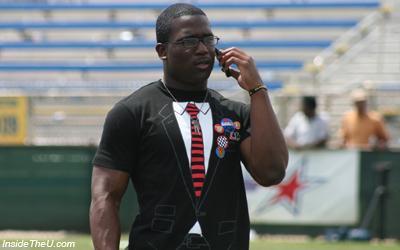 Does that shirt come in douche? Great, I'll take it.

From Bryce Brown's press conference: Bryce arrived in a blue potentialplayers.com polo (what, no Golden Palace?) and a Miami hat. Arthur is there, home on spring break. There is a large Potential Players backdrop and a gathering of other clients. There are RUMORS phone calls were made to the UM coaching staff but no indications RS gave in. Baton Rouge media reported a LOI arriving, but they could easily be drunk on ... anything, really. It's Louisiana.

1:56 I have a terrible feeling he is going to say Miami.  With his brother present would he really wear a Miami hat and then officially decommit by choosing another school?

2:05 Disappointed in the lack of mounted animal heads at the Kansas Hall of Fame. 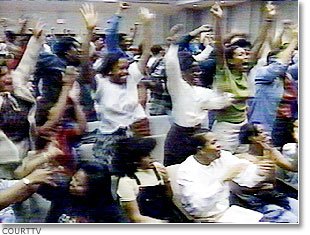 2:39: "This recruiting process, it was like a roller coaster ride. I didn't expect it to turn out like this, but some things happened and we had to come up with some alternative plans."  LOLesson: Never mess with a man from Dade County.