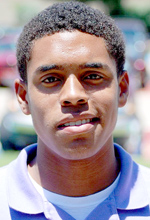 Kacy Rodgers must have been paying attention when Jacory Harris & Co. kicked some Southlake Carroll ass in 2007 -- he just committed to Miami, sight unseen. 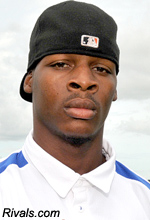 Raheam Buxton of Pahokee comitted to coaches on July 13, but didn't announce it until Saturday.

"I grew up a Miami fan," he said. "My cousin is James Jackson, and I grew up watching him, went to games while he was there. He told me Miami is a good place, a nice environment, and it's one of the best academic schools and it's a private school.

"I like their whole swagger, how they do things."

Buxton has been something of a message board controversy, listing no offers from any other major programs (but does have a few from schools like Central Michigan, Western Michigan, and Eastern Illinois).  The Official 7th Floor Stance on this: if you're gonna take a chance on a kid, take a chance on one from the Muck.