While We Were Sleeping It Off

Share All sharing options for: While We Were Sleeping It Off

So, a little vacation last week.  Forgot to tell you.  A couple things happened.

We were soldiers once, and renewed our vows: K2 re-enlists, Kenny rocks a pink tie and I'm pretty sure is telling us with his eyes he's coming home soon. 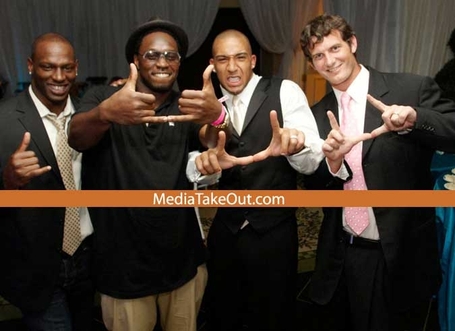 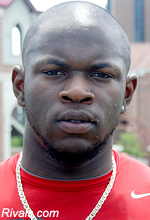 Wall around Gainesville crumbling!  40-year-old LB Kevin Nelson from Gainesville High School committed to UM last week, though naturally he says he'll take other visits and "It's 25-45 percent I might be open, but for right now I'm with the Canes."

It's pretty fun, anyway, to get a commit out of Gainesville.

"I decided to do it [Tuesday] night - I called coach Shannon up and told him," the 6-foot-1, 220-pounder said. "It's a good decision. I told him that it's been on my mind a lot, and even though I'm here in Gainesville and there's a lot of pressure - that I didn't want to go through unnecessary pressure and verbal abuse because of this, which most likely I am - that I wanted to be a Cane. It's something I had to get off my chest. I prayed about it, asked God to show me where I'm headed."

Miami, he said, is "a place where I need to be and where I want to be."