Because Everything's Better With Miracle Whipple

Share All sharing options for: Because Everything's Better With Miracle Whipple

WARNING - There may be some serious content ahead mixed with the usual sarcasm and panache you're used to. This post not only supports Mark Whipple, but explains why he's going to be the OC for the next 2 years. This may bore you and chances are you aren't going to agree with me, but I'm ok with that, and wish no ill will toward you...

A.  THE 4 STAGES OF THE WHIPPLISM (or, why fans loved Whipple, only to later forsake him)

3.  DOUBT HIM.  Being a Canes' fan, you begin to have doubts ("No Heisman! No National Championship!")
4.  FIRE HIM.  Post-season reaction: "HE COULDN'T BEAT WISCONSIN! We need to 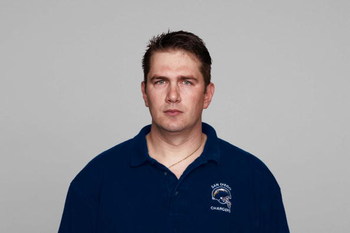 (Ladies and Gentlemen, Mr. Rob Chudzinski. Look at the fire in his eyes and his gold chain, he has SWAGGER!)

B.  Why We Should Listen to Mr. Whipple and Not Squeeze the Charmin

And this was all with 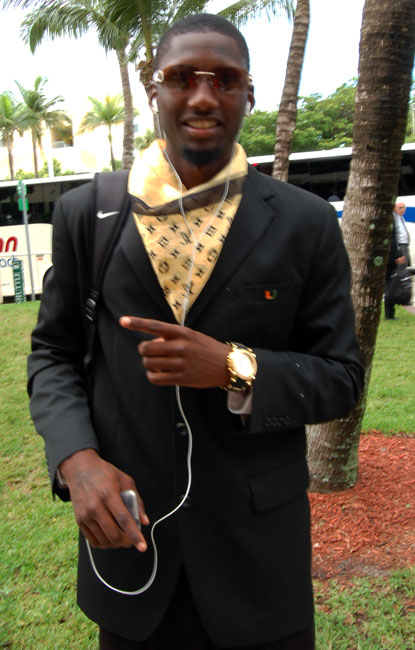 who I remind you was only a sophomore, and who had to rely on players like 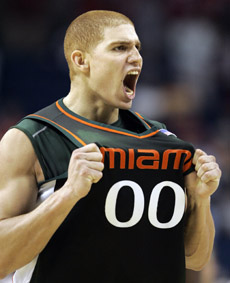 What more do want from a guy who hasn't coached in college since 2003 and installed the fifth new offensive scheme in six years (Chud, Olson, Werner (2), Nix)?

C.  Shut Up and Like Being Whippled for 2 More Years

- Spencer Whipple: His oldest son is the scout team QB for the Canes and transferred to specifically be with his dad. He's a Redshirt Junior next year, so 2 years of eligibility left.  What better way to become a coach, than to learn from your dad? Plus, do you think this kid is going to transfer from UM when he looks like this?

Girls swoon. Some guys too.

- Austin Whipple: Mark's other son, is going to be a junior QB at St. Thomas Aquinas in the fall of 2010. So he has 2 years left in high school AND he's a QB at a national powerhouse.  I'm sure Whipple's going to uproot the family now.

- Jacory Harris, LaRon Byrd, Travis Benjamin, Lee Chambers, Thereon Collier, Aldarius Johnson: All juniors in the fall of 2010. Unless the Canes win a National Championship next year, all of these guys are probably coming back for their senior seasons the following year (unless Jacory wins a Heisman).  Whipple will have 3 years at OC by then, the same amount of time as a certain someone else who was the Canes OC.  That's right, the sexiness that is:

- This is Whipple's first, major OC job. Sure he's bounced around, but look at what he's done:

Not exactly what schools are clamoring for, unless your USC. Of course, all bets are off if Bill Cowher comes calling because, let's be honest, who can turn down the allure and sure-fire success of being an NFL coach?

Go ahead and beat me in the comments.