Share All sharing options for: this is what happens when you turn the ball over 4 times

miami head football coach and all around hnic randy shannon has had about enough of this twitter nonsense. word has come down from on high, that as of 2:30p today tomorrow, all UM football player's twitter accounts must be deactivated.

for the most part, they appear to be taking it in stride 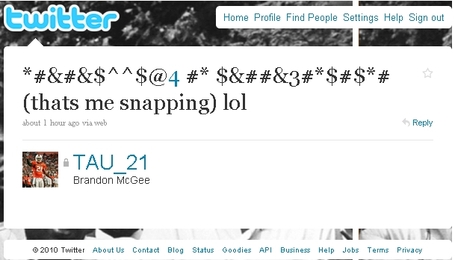 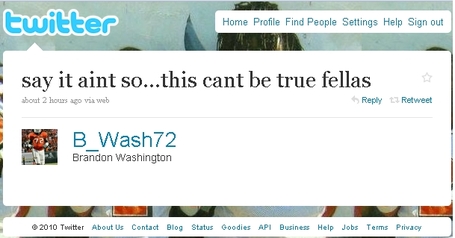 when asked for comment, travis benjamin simply gave a confused look. it was later revealed that t-ben misread coach shannon's instructions and deleted his facebook account instead.