From before the game to the stunning conclusion, SOTU takes an 'afterlook' at the 'Canes upset over the 13/14 ranked Michigan State Spartans.

Is a picture worth 1,000 words? If so, then we're going to be digging through piles of letters for days to come . . . 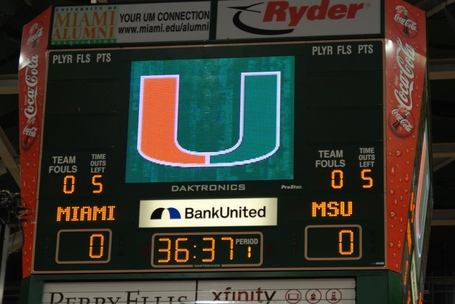 The cheerleaders didn't know it at the time, but the 'Canes would make all their stretching pay off with a ton of moments to cheer for. 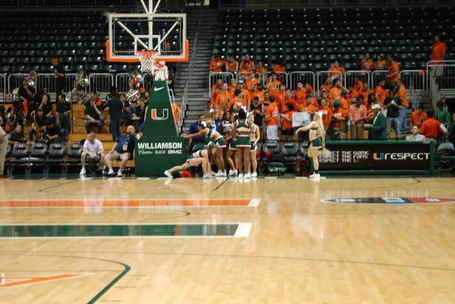 It was empty a bit before tip off, but the media rack filled up as time went on. 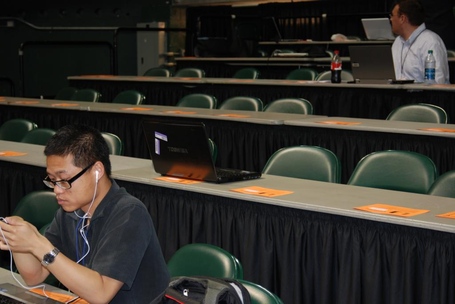 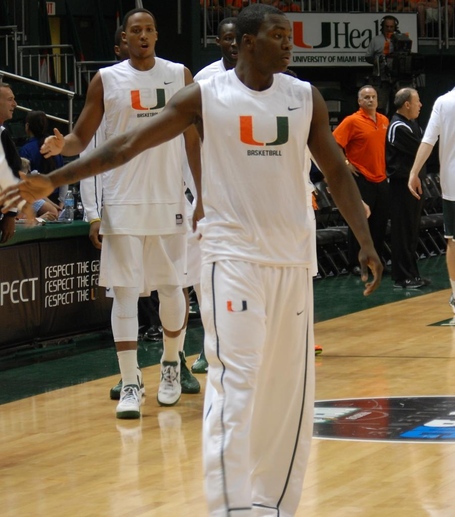 Julian Gamble, Reggie Johnson and the rest of the the 'Canes looked serious and ready to take care of business. 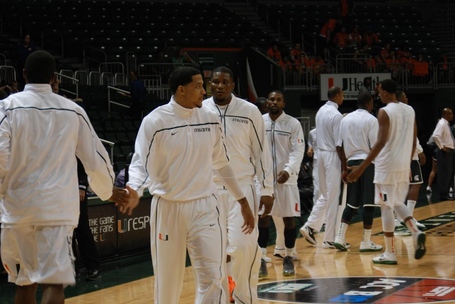 During the National Anthem - sung by an 11 year old girl with a tremendous voice - there was a moment she forgot the words at the beginning of the song. The student section in particular, bellowed out the words, she found her stride and nailed the rest of the Anthem. 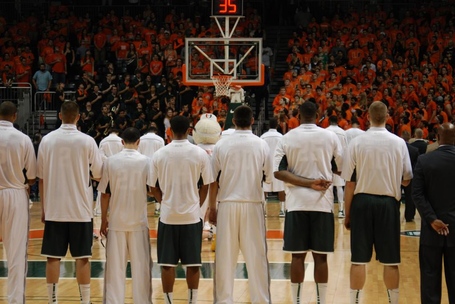 TMJ didn't know it just under 5 minutes into the game, but he was going to have one of the best performances of his college career. 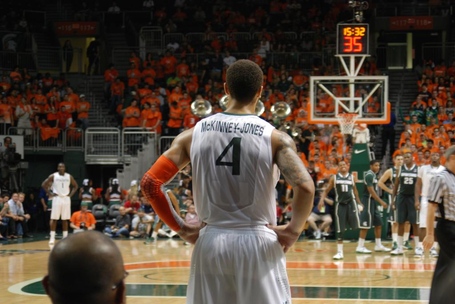 As the game wore on, MSU's coach Tom Izzo sensed things were breaking for the 'Canes. 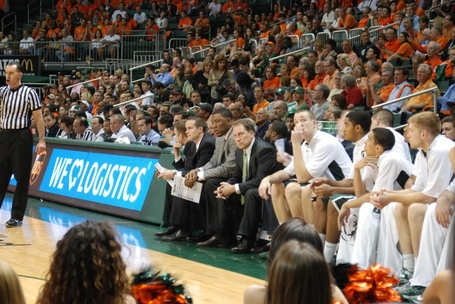 Maybe he was just exhausted from all the cheering, but doesn't' it look like Sebastian was mooning the MSU bench? 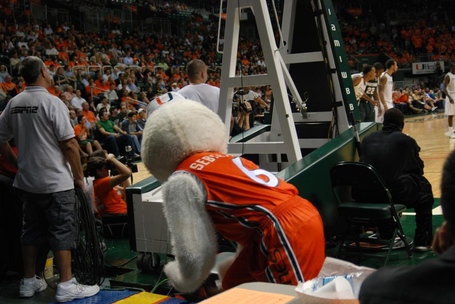 And here he is revving up 'Canes fans! 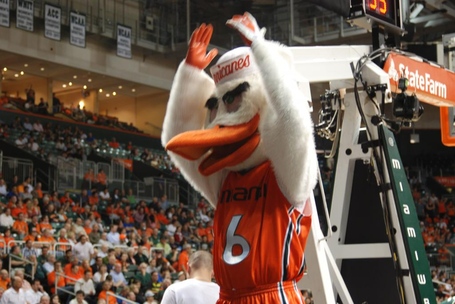 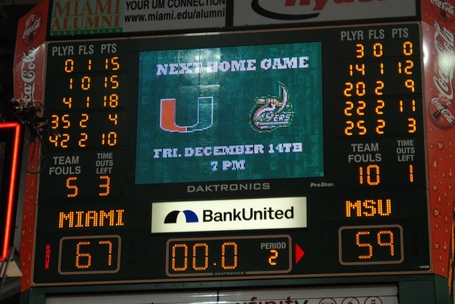 When the final buzzer sounded, security didn't make much of an attempt to stop the students from rushing the floor. 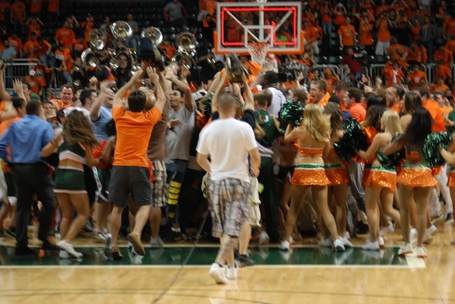 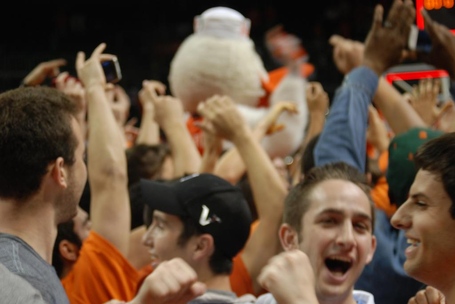 After Sebastian and Durand Scott were carried off the court, Tom Izzo was first up in the media interrogation room. Clearly, he was in need of an Advil. 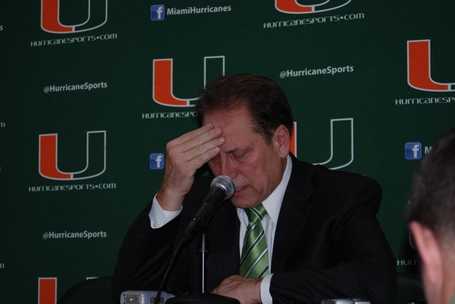 Just as Reggie Johnson, Trey McKinney Jones, and Durand Scott were arriving at the podium, Coach Larranaga sat down to watch his players revel in a hard-fought win. 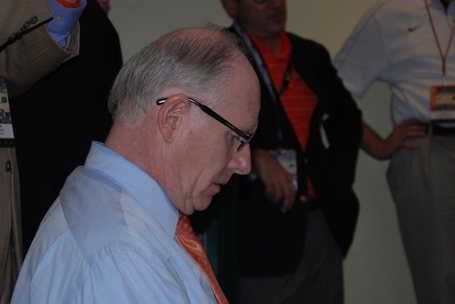 Reggie Johnson kept his game face on even after the game. 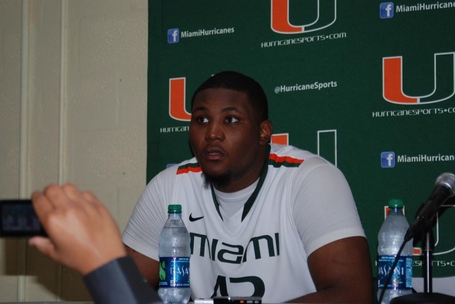 After scoring a career-high 18 points, TMJ paused to read some original poetry to the pool of reporters. 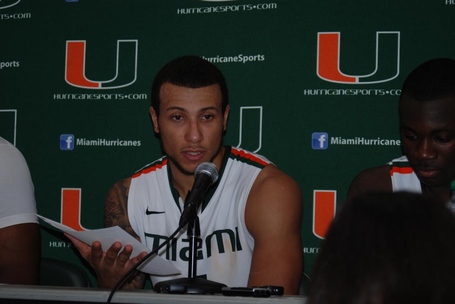 Durand Scott has played some of the best basketball of his career this season and was clearly enjoying the moment. 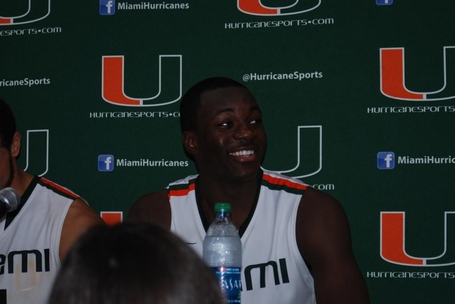 Coach Larranaga pleased with his squad. 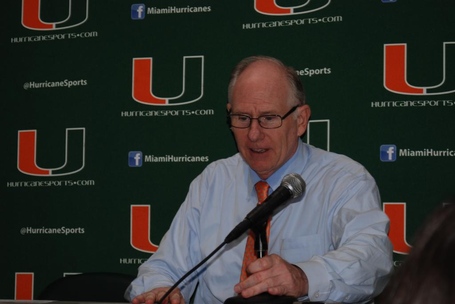