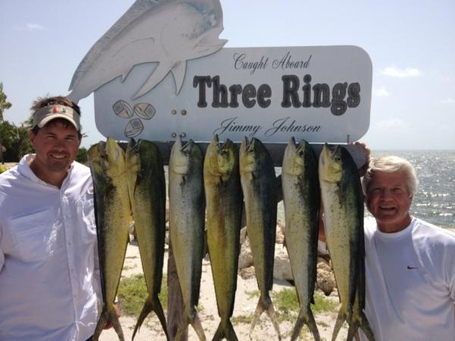 We all know about Ray-Ray Armstrong burning his last eligibility bridge, but in case you were too busy all week eating at Prime 112, here's a refresher. Or you can just read our own post on Armstrong's dismissal. And yes, here at The 7th Floor we have no shame in linking to ourselves.

By now most of you have already seen the above pic, but come on! It's just so...GLORIOUS. There was no way it wasn't going up. Onto the linkage!

The always fantastic Raising Canes earned some award recognition from the Annual Telly Awards. If you've never seen a Raising Canes installment, shame on you. Any one of these great episodes should replace the staid and boring University of Miami promo commercial that runs during games.

More preseason awards lists, this time with Allen Hurns on the Biletnikoff. Dear Allen, please be the next Tommy Streeter, not Ryan Moore. Thanks!

Courtesy of Associate AD Chris Freet, there will be no football uniform changes this year, nor a Pro Combat uni.

No. No. RT @500daysofcoil: are there any major changes to football uniforms this year? Will there be a pro combat uniform? THE U

Don't know about you guys, but the all white pro combat unis they wore against USF a couple years back were awesome. Love me some mono-chromatic from top to bottom. But those dark orange/hunter greens from last year? Or Miami's version of Florida's different colored one sleeve monstrosity? Not so much.

The Schwartz Center for Athletic Excellence construction continues on. Not that previous title Hurricanes teams needed those extra luxuries, but it never hurts to have better infrastructure for the university in all sports.

Another season preview, this time from Blue Ribbon via ESPN. Be sure to click the upper right sidebar for the different facets of the team.

Here's a rare find, the 1988 game at Michigan. We're talking the entire three hour plus broadcast here. Keith Jackson and Bob Griese intro, beautifully awful '80s graphics, even your local Old Milwaukee's best during commercial breaks. Hit thanks to MGoBlog for the find.

Jimbo Fisher bans Florida State players from using Twitter. Wake us up when Jimbo takes away their guns spears.

Syracuse has the frown face going on about leaving their dear Big East.

Georgia Tech student stops a robber with not kindness, but attitude. Sure, this isn't football related, but when you get the robber to apologize mid-robbery, you have some serious pelotas.

New Clemson DC Brent Venables talks about his defense. I have no fear whatsoever of Dabo Swinney's recruiting exploits, in fact I think he's merely a Bill Stewart clone. But when he starts hiring and paying to keep top notch assistants to complement said recruiting? Yeah, it's time to start worrying.

Former UNC WR Hakeem Nicks was ineligible during his entire 2008 senior campaign. Between UNC, Georgia Tech's vacated ACC title, and the whole tattoo fiasco at Ohio State, Randy Shannon is going to have one hell of an official W/L record when it's all over.

And speaking of North Carolina, former coach Butch Davis was interviewed about his firing amid their scandal and said "...this one particular deal will not define me as a man or a coach." Butch, you're right. You'll be defined as the guy who left a dynasty to lose one playoff game in Cleveland. Oh, and orchestrating the 2nd greatest Miami Hurricane program turnaround. After Al Golden's upcoming dynasty renewal, of course.