On a chilly night at Mark Light Field the Canes did not record an extra base hit. Coach Morris says his team "was laid back and too quiet".

Perhaps with a big ACC series vs. Virginia looming this weekend the Canes overlooked the Owls and in fact weren't mentally involved tonight like their coach said. Morris said after the game that the team was "too quiet and laid back" and that they need more energy and enthusiasm. What could've helped is if there were something to cheer for but tonight the Canes were held without an extra base hit and stranded 9 runners on base. From the first inning starting pitcher Javi Salas couldn't get guys out. He worked behind in the count for the rest of the night until he was eventually pulled in the 5 inning after allowing 7 hits and walking a batter.

Coach Morris also mentioned that David Thompson is questionable for this weekend vs. Virginia. He participated in batting practice before todays game but did not go all out. This may not be a good time for the Canes' offensive woes as they face the number 9 ranked team in the nation. Fridays starter Brandon Waddell is third in the ACC with 47 strikeouts on the season. Miami will send Chris Diaz to the bump on friday and look to even their ACC record to 5-5 and get back to .500. 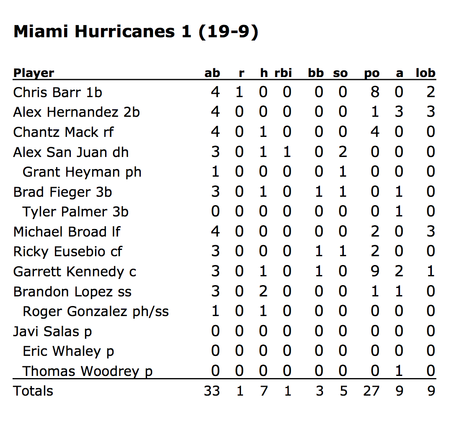 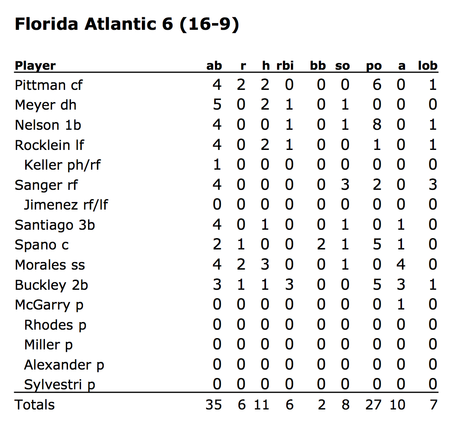