In the first installment of their new Player Profile series, State Of The U takes a closer look at Anthony Chickillo, the third generation Hurricane. What brought him to Miami over his other potential choices? How has he performed? What lies ahead? 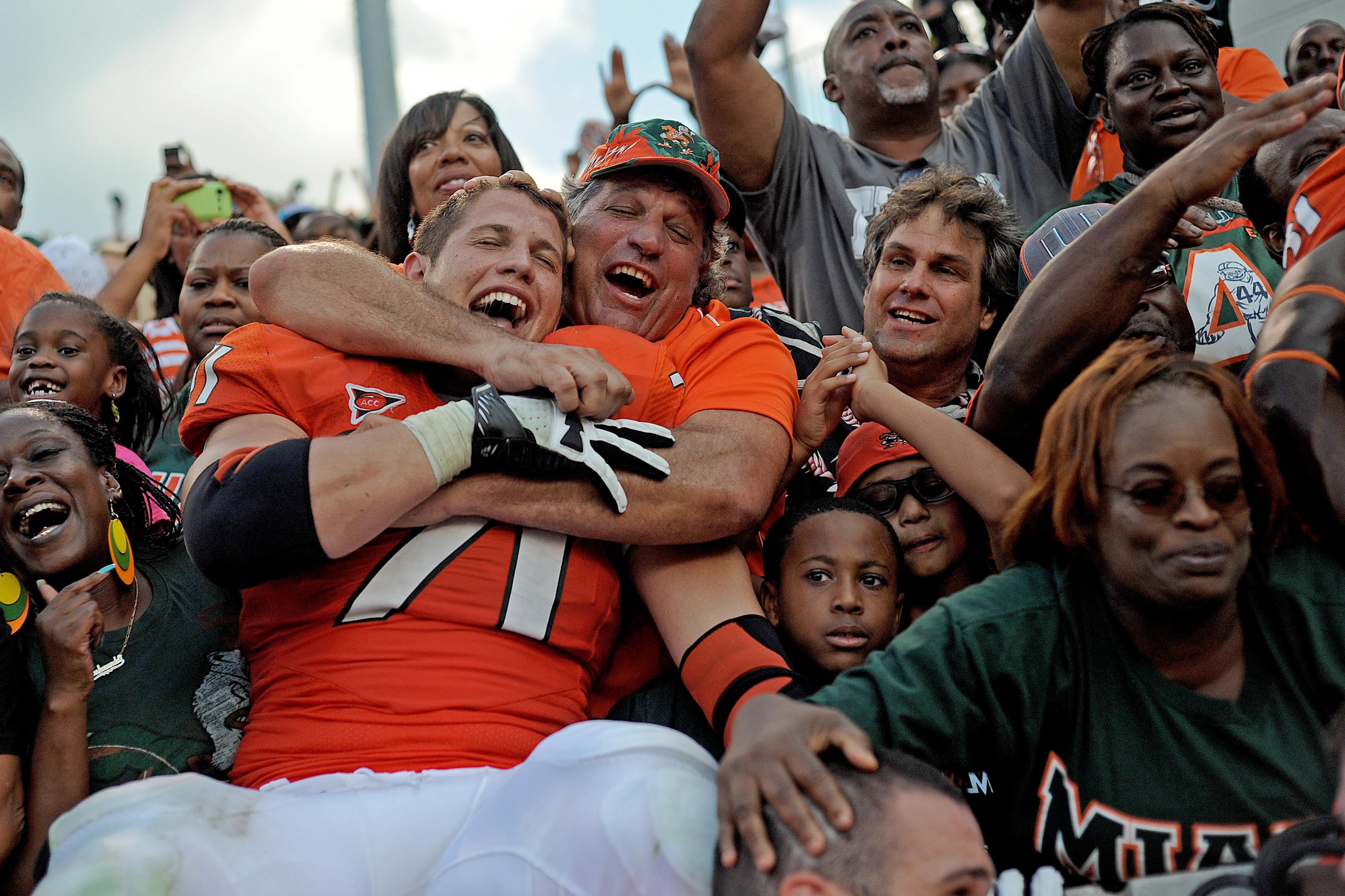 In 2010, Randy Shannon was in the midst of recruiting for the 2011 season, without quite knowing what was ahead. The jewel of that class was Anthony Chickillo. A 5 star Under Armour All-American defensive end, Chickillo was much more than that to the Hurricanes. His father, Tony Chickillo, and his late grandfather, Nick Chickillo, both played at UM, and Coach Shannon had known Anthony since he was a baby. He represented a third generation recruit, which made him a must-have player.

Throughout his recruitment, which included around 55 offers from schools across the country, he stressed that his family's history with the school was important to them, but not as important to him. In the end, however, he realized that he was meant to go to Miami. His mind may have thought otherwise, but his heart was always in Coral Gables. When we committed, he held up a shirt with a picture of an Ibis. Above the picture were the words "Blood Is Thicker Than Water." That said it all.

"Orange and green run through my veins," said Chickillo, who plans to enroll at UM in January. "As much as I tried to separate it, I couldn't. Once I figured out where I wanted to go, I didn't want to waste any coaches time. I told Coach Shannon and the staff last night and they were screaming." 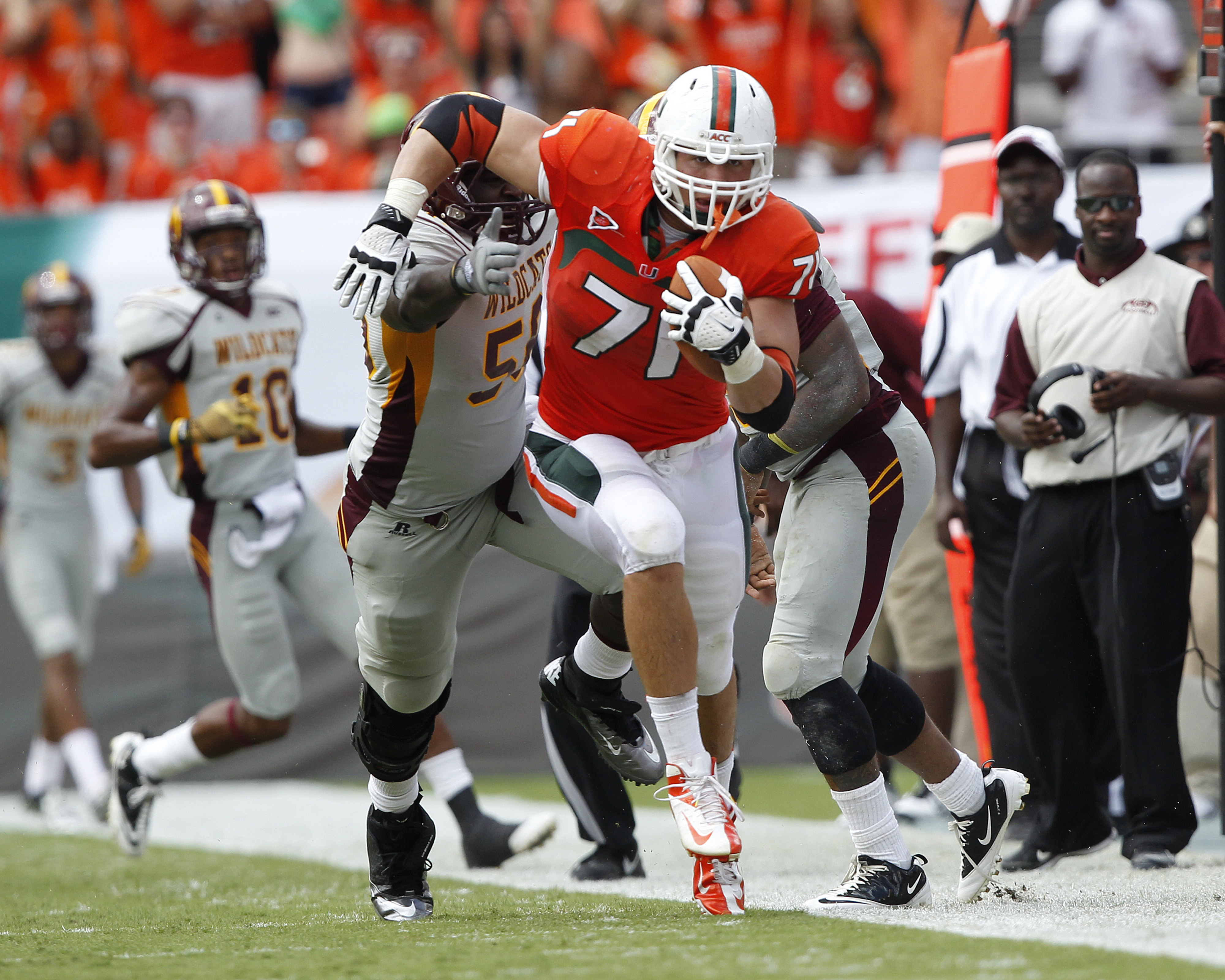 On defense, Chick can do it all. (Credit: Joel Auerbach-Getty Images)

Chick, as he has become known, had a breakout first year in 2011. Miami was under new head coach Al Golden, and new defensive coordinator Mark D'Onofrio. He played in all 12 games that year, although he only started in nine of them. He finished tied for the team lead in sacks, had the seventh most tackles, and rounded out his freshman season third in the ACC Defensive Rookie of the Year voting. Not bad for a first year player, although, when you come in as such a highly touted player, that sort of thing is expected.

His sophomore campaign would see similar numbers, although most would say it seemed based on watching the games that he had a down year. That sort of perception is hard to overcome, considering most thought that his second year in the Miami uniform would be beastly. The defense as a whole struggled, but seeing as he is on the front line of the defense, a lot of the blame gets placed on him and his fellow linemen. It's understandable, however, that he would have an average year, given the lack of push in the defensive middle. Opponents were able to key in on him, and take him out of the games for the most part, because there wasn't much of a threat from anywhere else. He still finished with more unassisted tackles than assisted, the same number of tackles for loss, and one less sack for a total of 4 more yards than his freshman year. His stats weren't bad by any means, they just weren't what fans, and most likely Chick himself, expected.

He's now entering his junior year, and is by far one of the leaders of the defense. The coaching staff has done what they could to improve the defense, get more of a push up front, and there's every right to think they will be better in 2013. Whether it's because everyone is healthy, older, one year wiser, or even slimmed down, quicker, and better conditioned, there are any number of variables that could make this defense improve over last year. Perhaps the biggest one, though, is that it would be tough to get any worse. 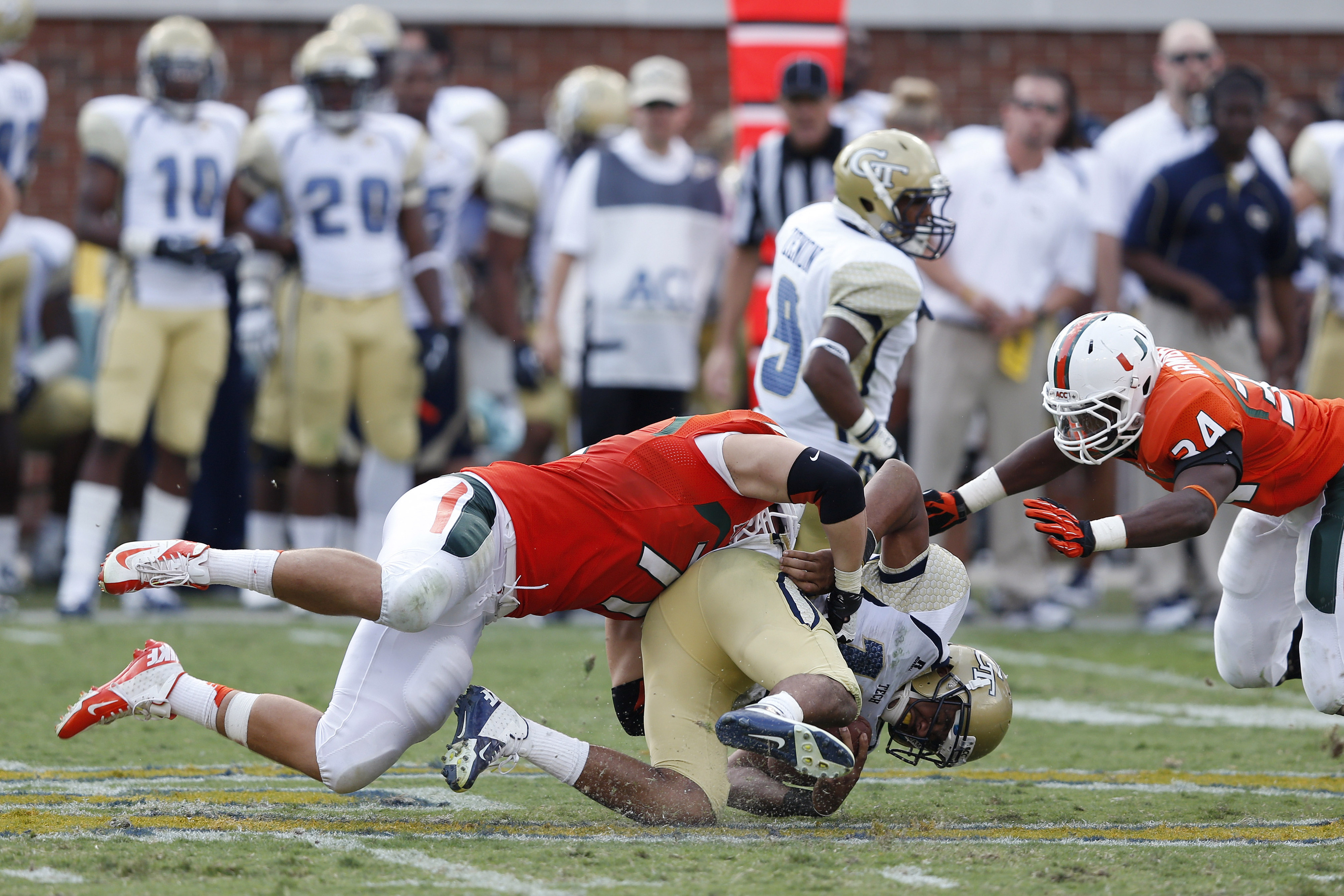 They know that, though, and if I was a betting man, I would put my money on this team being more focused, more driven, and for that to show itself on the field. As far as Chick's junior year, it's hard to say what should be expected out of him. We tried to predict that last season, and it didn't pan out. Looking at everything that has happened since then, and what should happen going forward, it's hard not to think that he will have a much better year. He's way too talented to settle for 5 sacks a year for four years. Is he going to break out and drop opposing QB's at a Jadaveon-esque clip? Probably not, but what you should see if a man who is in better shape, has put in the work in the gym to get quicker off the line, and who's main focus is inflicting as much pain on the other side of the ball as possible.

I think Chick exceeds his freshman and sophomore numbers, and I think he shows exactly why 55 schools wanted him on their team.