The Player Profile series presents to you the escalating rise of Clive Walford. Last season Clive came bursting onto the scene producing more yardage in two games then he had previously all season, unfortunately, it was towards the latter of the year. This time around he appears poised to come out strong and run with his late success. Will 2013 see the rise of Clive, lets take a look.

Share All sharing options for: Hurricanes Player Profiles: The Rise of Clive Walford 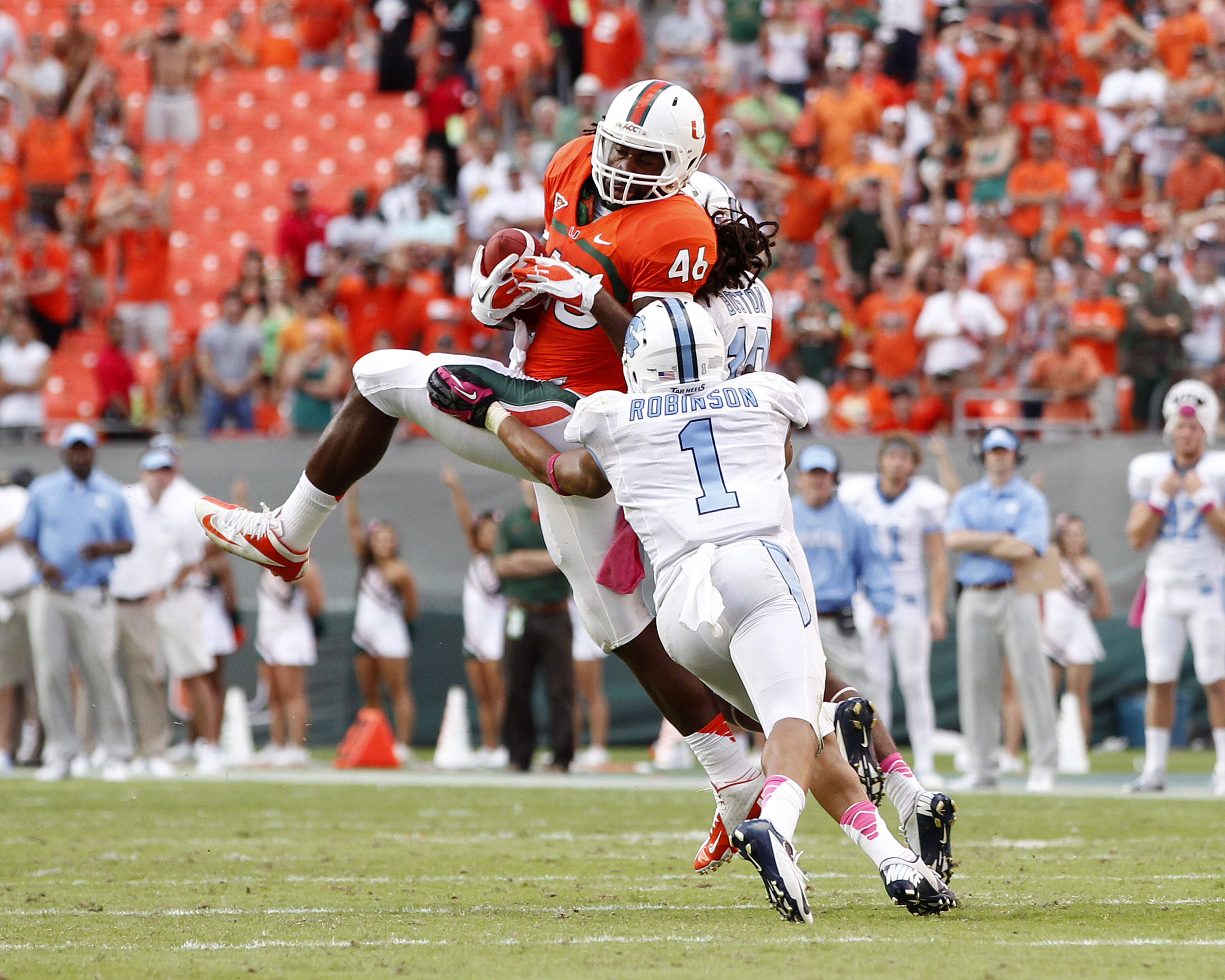 Clive has big time potential. Will we finally see it in 2013? (Photo: Joel Auerbach/Getty Images)

Only a week into Clive Walford's first workouts on the Glades Central High football team, coach Randy Shannon had seen enough. Up until he first donned pads, Clive was a power forward for the Raiders and following his first take on the field, he had received a scholarship from the place he would soon call home, the University of Miami. From averaging a double-double his junior year on the basketball court to earning All-Palm Beach honors in his first steps on the field, the rise had begun.

I fell in love after my first catch. If I had started playing earlier, there's no telling where my talent would be right now.

After red-shirting his freshman season and completing the transition from basketball to football, like other tight ends of Miami's past, Clive Walford was ready to make his college football debut. Making his first catch in a disappointing and NCAA clouded 32-24 loss to Maryland, he would then press on as Miami's primary weapon at tight end while finishing 4th on the team in receptions and yardage. The 2011 season had ended with a solid start to Walford's career in Miami. After registering his first catch as a hurricane, Clive had this to say. 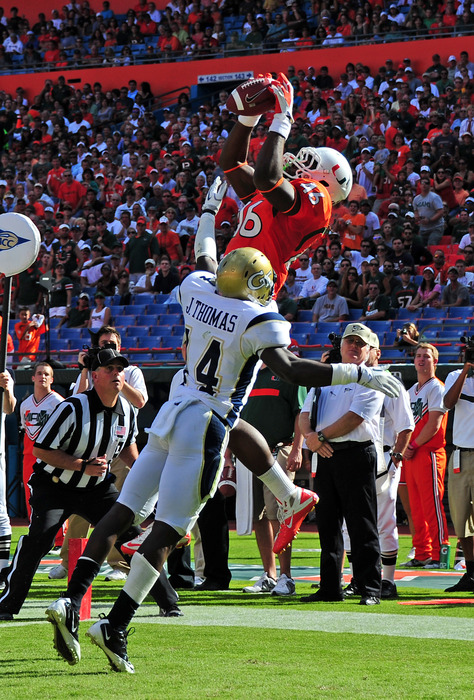 I saw two guys coming at me, lowered my shoulder and tried to ram it in, but I got stopped. The first thing I thought was, ‘Dang, I should have gotten in for my team.

The 2012 season had began as a struggle. With position battles, becoming plagued by drops, and coupled with a young team fighting through adversity while staring down a daunting early schedule; the setting wasn't ideal for an emerging tight end to make his mark. Through the first half of the season Walford's best game had seen only 3 receptions that earned him 61 yards. The game in which he supplied those statistics was the dreaded Kansas State game.

However, the game did grant a positive note. In his performance Clive pulled in a catch over the middle and then galloped through the defense to earn a 56 yard gain to bring the Canes within scoring distance early in the game. It then became apparent that the sophomore (RS) could be a viable deep threat and big play option for Stephen Morris. The highlights of this year would not become present until much later in the season, more specifically, in his last two victories against USF and Duke University.

During the two games, Walford had managed to bring in 7 catches for 234 yards. In the previous 10 appearances he had mustered only 217 yards on 18 receptions but then, with a handful of big plays, he had surpassed his yardage in 10 games by exploding by the Bulls and the Blue Devils.

Personally, I could not believe my eyes when I was in attendance for senior day when USF came to Miami (tailgated next to Momma Duke and family, awesome people, great food.) I found myself racing back to the Gulf Coast to attempt to decipher exactly how Walford was able to produce a career high 135 yard game and why hadn't this play been seen sooner. Over the course of the week I had written it off as just a phenomenal performance and proceeded as normal. Until the opening drive of the Duke game where I watched Walford stride freely into the end zone, he then went on to add 3 more catches and finished with 99 yards.

At that point I was sold. Sold on the idea that regardless of circumstance, this was a man who is destined to only get better. Like all players during the off-season, he will be working on becoming stronger and faster, but I believe those memories of the last few games are echoing to him. This is what I can be, this is how I can perform, and when I do you can't do anything about it. For 2013, I believe in the rise.

Heading into his junior year, accompanied by Stephen Morris at the helm and a series of weapons around him, Clive will be open. I predict many chances for the big man to be rumbling down field, launching into the air for passes, and this year brings the opportunity for him to do great things here at 'Tight End U.'