State of the U catches up with Nigel Bethel II.

Share All sharing options for: State of the U catches up with Nigel Bethel II.

Nigel Bethel is ranked a four-star recruit and the nation’s 28th-best cornerback according to Rivals.com. He is the third player from nearby powerhouse H.S. Booker T. Washington to commit to the 'Canes, joining teammates Chad Thomas and Demetrius Jackson. 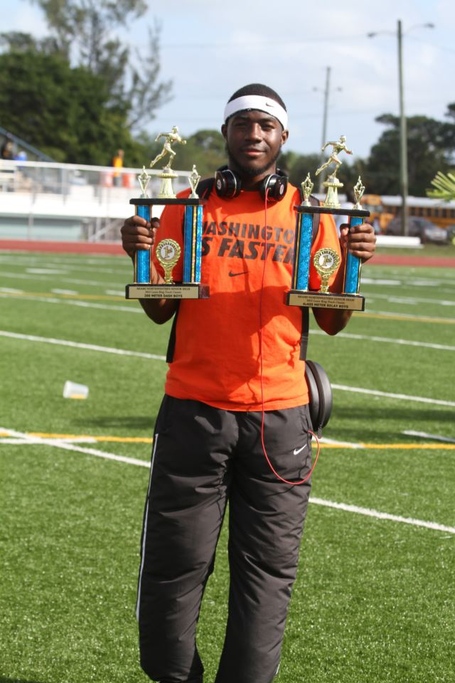 The 5'9 165 pound CB is lauded for his exceptional instincts, quickness, and ability to read and react.

Daniel Tummely of SOTU previously spoke to Nigel and told us about his aspirations to bring home a National Championship.

We caught up with him for a follow-up Q&A and asked him the following:

SOTU: Can you tell me the biggest reason you chose UM?

NB: I committed to Miami because I didn’t want to leave my family and I wanted to be teammates with guys like Artie Burns and Tracy Howard. I also chose UM because I want to get a 4 year degree in sports medicine, and Miami is the perfect fit for me on & off the field. Miami is the only place I feel comfortable.

SOTU:Who is your all time favorite Cane, and why?

NB: My favorite cane of all time is Brandon Harris. I say this because he is a undersized CB who had to face adversity all his life, same as me. He's like a bigger brother to me, we work out together, he gives me advice, and he's a humble dude.

SOTU:What is your impression of Coach Golden? Which coaches from U recruited you?

NB: My impression of Coach Golden is he a nice dude but strictly about business, and he's taking Miami into a great direction. Coach Golden, Coach Barrow, & Coach Coley all recruited me.

SOTU: Is there a player (pro or college) you compare your game to?

NB: I'll compare my game to Greg Reid & Brandon Harris. Those two are my favorite DB's because they both are speedy, swift & versatile CB's. I'll say my game is like those two guys, except I'm faster (laughs).

SOTU:How firm would you say your commitment is? Do you plan any further visits to other schools?

NB: My commitment is a 100% I'm staying with the 'Canes and I don't plan on visiting anyone else.

SOTU: What were your visits to Alabama and FSU like?

NB: My visits with FSU & Alabama were good. Those are amazing programs, but I wanted to EAT in my hometown & give back to my city.

SOTU: Any message for the 'Canes fans out there?

NB: Lets get a better fan base in Miami. That's all people talk about when they don't come to the U, "the only reason I didn't chose the U is cause they games are dead." Everyone wants to play in front of lots of fans!

Well there you have it 'Canes fans. If we want to continue to land kids like Bethel, we need to pack Sun Life Stadium game in and game out.

Thanks again to Nigel for letting us catch up with him!!