This is a two part series that will look into the EA Sports’ release of NCAA Football ’14 which is set to come out July 9th for Xbox 360 and the PS3. In this section I’ll breakdown the offensive, defensive and overall team rankings of the Canes from the game and give an honest review of how “on the mark” they are in their assessment.

Overall Impressions of the Ranking System 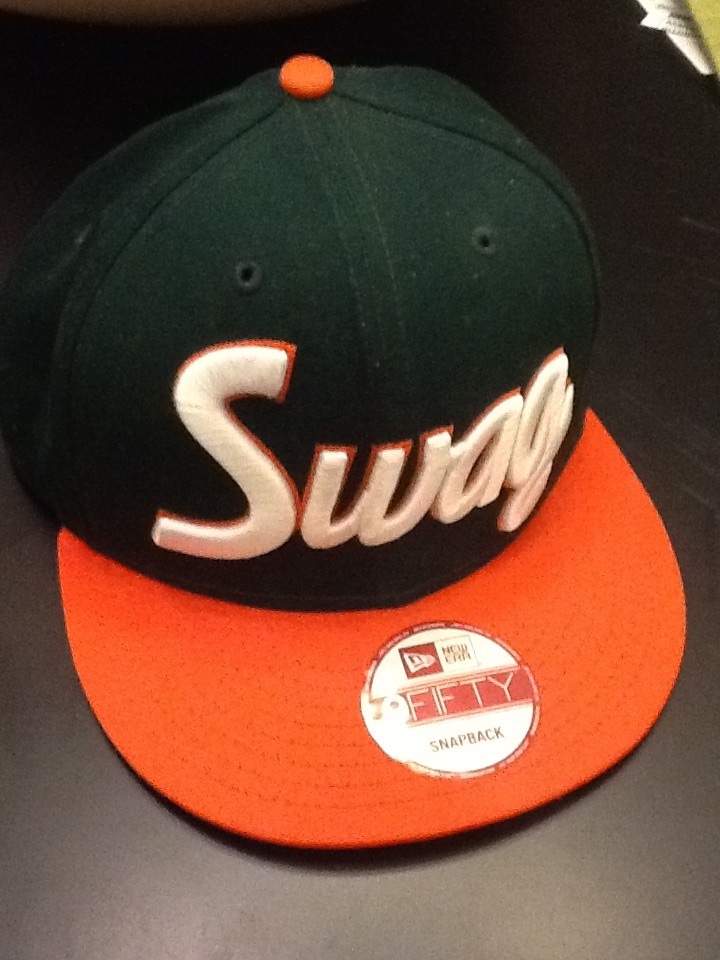 Just to give you all some background.. I've been playing these games made by EA since Joey Harrington was on the cover repping the Oregon Ducks (NCAA '03). The recruiting and game play have been tweaked over the years from point systems and new juke moves but in the end the game has stayed the same: an enjoyable player experience while trying to capture the essence of the college football environment.

From what I've gathered over the years, EA tries to build each team's roster based on the best predictions they can form for the current year of game play (i.e the upcoming season) of who will contribute and how those players will eventually bud into future stars. With that in mind, EA puts a lot of effort in progressing players from the previous iteration of the game as well as adding recruits from the newest class that will contribute to their team in year one or further down the line if the user so chooses to progress to the next season.

With that said, let's take a look at how EA has rated our Cane's for NCAA '14!

Team Rating: 90, which puts the Canes 26th in the country.

After seeing this assessment and thinking about it for a quick minute.. I believe this score is pretty realistic. UM has been on a path of rebuilding from the ground up. Most of the core of this team is from the last two recruiting classes. Yes, the class from three years ago was about 30 players and they have been putting in major playing time but from what I believe is going to happen is the red-shirt freshmen and sophomores are going to start to get more playing time and make the team a tad bit younger but in the end, more dynamic. Guys like Shayon Green and Kacy Rodgers III will start to see less time (again, just my opinion) to younger, more skilled athletes like Rayshawn Jenkins and Tyriq McCord.

Is Miami a 99? No!! But they're on their way to building towards sustainability in the top 25.

I can understand why EA rated the Canes the "above average" offensive rating. The fact that James Coley has come in to be the Offensive Coordinator and the overall experience of the skill positions is either unknown or really young based on their reps at the college level. Besides the QB position, you have the following: one really good running back who's at an All American level. Two "mid 80" overall wide outs in Rashawn Scott and Allen Hurns as well as a "high 80" player in Phil Dorsett who is more a slot receiver then an outside threat (this makes a HUGE difference in the game). Behind them you have really young guys who have the potential to be great but EA really doesn't have enough data on those guys to really know if they're going to contribute a lot. The tight ends are more of a mystery then the wide outs. We all believe Walford and Sandland could be great in two Tight End sets but 1) Walford has been wildly inconsistent and 2) Sandland is just getting here from the JUCO level.

Even with all the pessimism explained above, I believe, personally, that this group is underrated by a point or two. I'd boost them up to a 92 or 93. This puts them slightly behind Clemson which is rated a 95 offense which, in my opinion, they totally deserve. Stephen Morris is rated in the low 90's and from what he was able to accomplish last year I don't see why he shouldn't be rated at least a 94 overall. He has the experience of playing since his freshmen year and he's performed admirably since he has taken over the reins full time. Also, the offensive line from what I've been able to research has been low balled as well. If those two aspects were changed, I believe UM's offense would reflect them more accurately.

One word description of my opinion on this ranking: 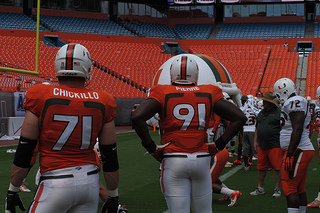 Two of the defensive leaders.

My best guess here was that EA looked at Miami's athletes on each level of the defense and believes that they can out preform their competition based on skill alone and progression from last off-season under Al Golden and the "U Tough" program. I understand that logic but the coaching from the defensive side of the ball does not leave me believing that they should be rated this high overall as a unit.

My best guess would be an 85, maybe an 83 (that puts them around CIN, KSU, UMD, etc.). Again, I see the defense playing younger guys this year and seeing more mistakes. Not nearly as many last year, let me make sure that's known, but still, many mistakes. If you are an ardent fan of the game then the best way I could describe the defensive players would be that they have great "tangible" ratings like speed, tackling, agility, etc. but their awareness should be in the 70s due to the previous year's short comings when it came to execution and overall lack of experience.

With that said, I actually do believe in a year or two this defense could be formidable. Once the redshirt freshmen and sophomores come into their own we'll see a more dominant group that we can all be proud of!

Impressions on Team Breakdown by EA

In conclusion, I think EA got the overall rating of the Canes right. I feel the offensive unit was a tad bit undervalued due to EA not being sure of the skill position output for next year as well as an overall lack of progression on their part of the skills and ability of our offensive line. For the defense, I think they based their group rating mostly on athletic potential of the group moving forward and didn't take into account the overall success (or lack thereof) in the defensive scheme used as well as the development that needs to be continued before solid results will be seen out of this grouping of players.

What do you all think? Is this an accurate assessment? Let me know!