A light practice prior to tomorrow's full scrimmage gets overshadowed by the addition of a few new faces along the defensive line. 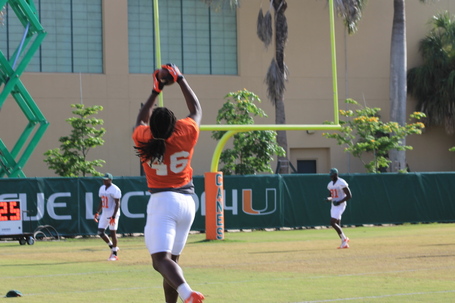