As another day of camp is upon us we get word on the status of a few players that have been absent due to injury. Plus we learned which player Al Golden thinks looks like Ivan Drago (it's not who you think) And oh yeah, player reaction to a player leaving the program. 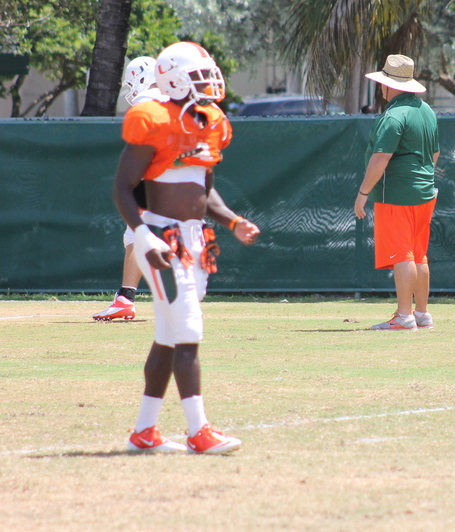 Today we got the reaction from the team on Jalen Grimble's departure from Miami as well as injury updates, which player might become Spiderman and Thank you, Jonathan Vilma