After the 2nd scrimmage of #CanesCamp, here is the latest version of the Depth Chart released by UM on Monday night.

We all know that players win games, and the 2013 Miami Hurricanes have a wealth of talent and experience that could translate into a very nice season.

Following many days of practice, and 2 heavily contested scrimmages, the Canes have released the final Depth Chart of #CanesCamp. While there can be some fluidity, this figures to be the way the team will look as they head into the season, which starts in just 11 days when FAU visits SunLife Stadium. Let's take a look at the  depth chart: 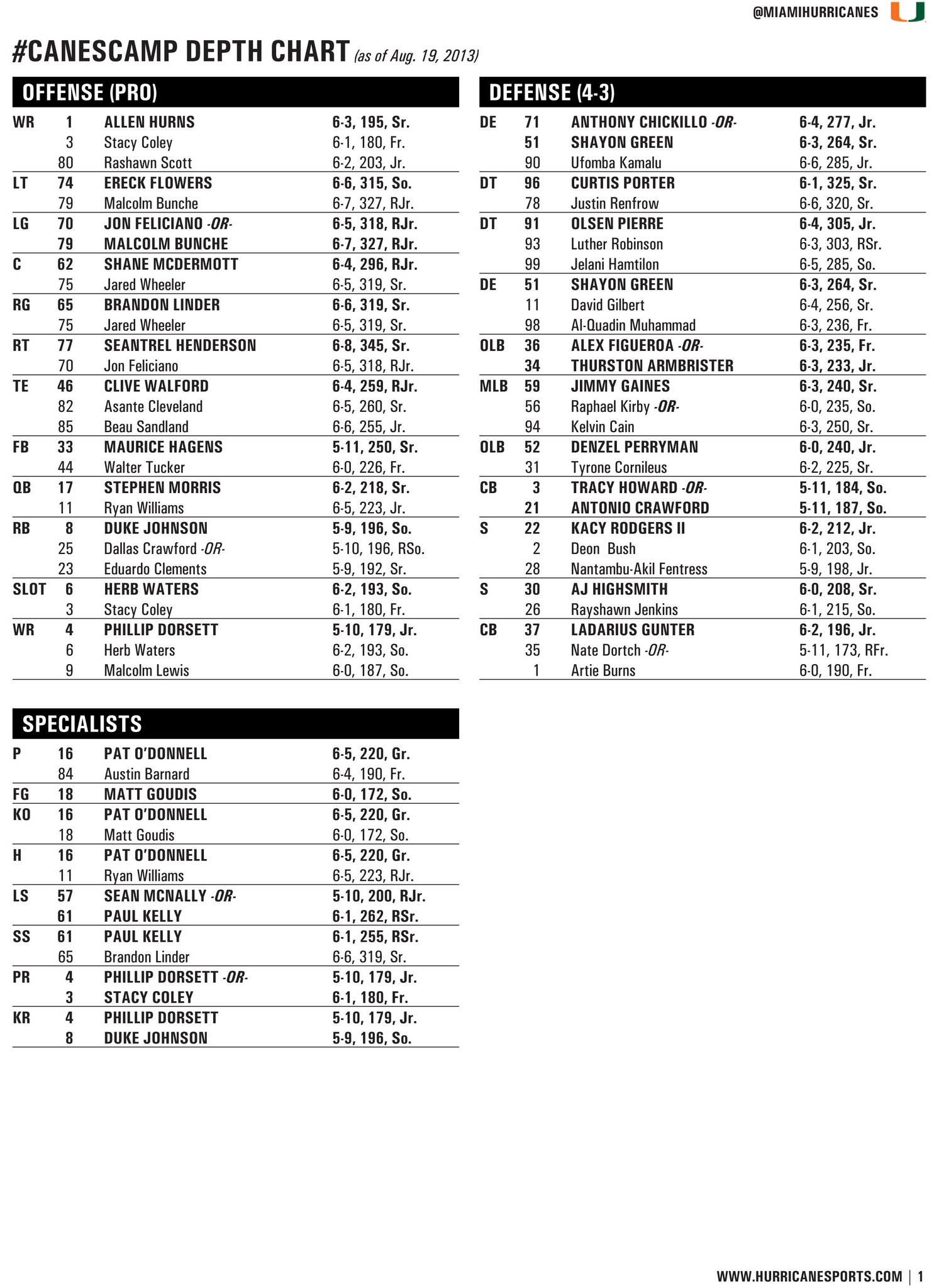 Those are my quick takes. What say you, #CanesFam?