Fall camp is underway and the Canes are looking good!! 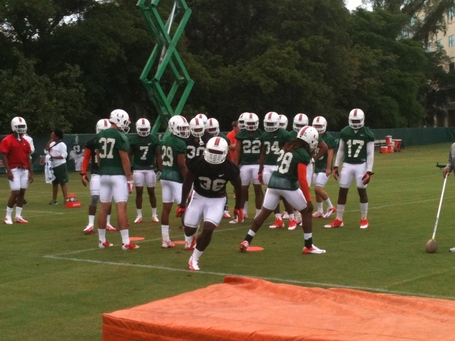 Canes practice opened up today and SOTU was on hand to take in day one of Fall Practices for your 2013 Miami Hurricanes. Miami has granted us access this year to speak with some of the players and coaches, we were also able to hang out for the beginning practice, here's some brief notes on Saturday we will go in depth on all our interviews after the weekend.

These were just a few things we noticed from Canes camp day one, SOTU will be back out there Sunday morning to provide you with any news from day two.