Day four of Hurricanes practice offered up talk on the young guys and poses the question, Are you twitchy?

Share All sharing options for: Canes Camp Day 4: Let's get twitchy y'all 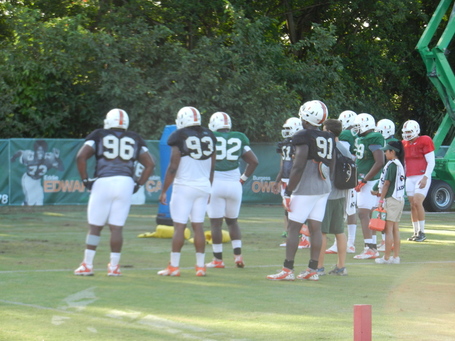 Day four: The Hurricanes continued where yesterday left off, pads and some contact. It also gave me the opportunity to watch the defensive line work on tip drills. It was pure magic. We had the chance to catch up with a few leaders on the team, QB Stephen Morris and MLB Jimmy Gaines, and found out about what they think about the young guys.