The Miami Hurricanes are going through #CanesCamp, and battles for playing time abound at many positions. Here is the latest depth chart, and some thoughts on what information it gives.

The success of any team is based largely on the players who are on the field playing. Without further ado, let's look at the newly released depth chart: 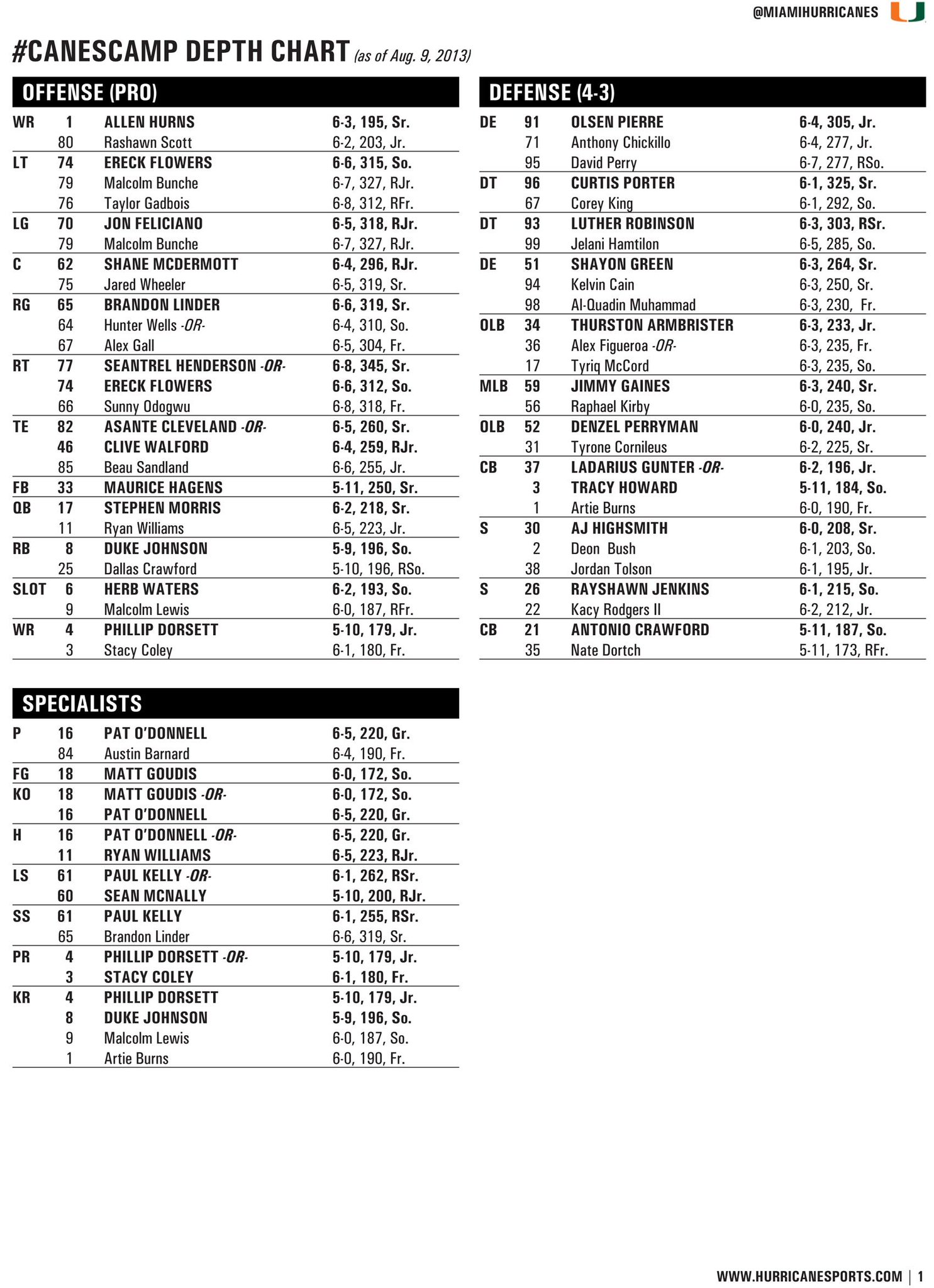 #CanesCamp is just wrapping up it's first week, and these positions are far from settled. Still, I'm encouraged that rhere are SO MANY position battles right now. It speaks to the increased depth on this team, and can only help as the Canes move into the season.
Those are my quick thoughts. What are yours? Share them in the comments below.