Gator week has arrived and the players are trying their best to pretend it's just another game on the schedule but coach Golden's hair tells a different story. Today we spoke with Golden and company about FAU, rankings, and the normal regular not at all different in anyway game coming up on Saturday. 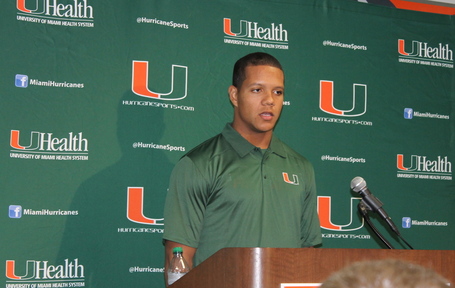 Today we got a chance to speak with Al Golden and a few players to find out how they thought the FAU game went, when we all got done laughing and pretending we were focused on anything except the Gators coming to town everyone moved on to the task of not making bulletin board material.