Tale of the Tape: Sheldon McClellan Vs Rayvonte Rice

When the 'Canes take on Illinois tonight at the BUC, two very talented 2 guard/wing players will square off. Which has the advantage?

Share All sharing options for: Tale of the Tape: Sheldon McClellan Vs Rayvonte Rice

Tonight when Miami hosts the Fighting Illini at the BUC (9PM ESPN2), the crowd in Coral Gables (should include a few NBA Scouts), as well as the National audience who view this game on TV, will be treated to two of the finest wings in the country as Sheldon McClellan and Rayvonte Rice battle.

Both squads are excellent at team concepts (UM 15.9 assists per game, UI 16.3, both top 50 in the country),and there is a chance that at minimum the 'Canes go some zone.  So these two stars may not be in a plethora of one on one situations.

Nonetheless, the individual who has the better game of the pair, will give his team the best opportunity for victory.

Statistically, each is impressive.  Points and rebounds are a wash.  McClellan has been a touch better as a passer (3 assists to 2) and is a touch better overall in FG%.   But Rice has been incredibly efficient from deep, and has nearly 3x as many steals as Shel Mac.

Tale of the Tape: 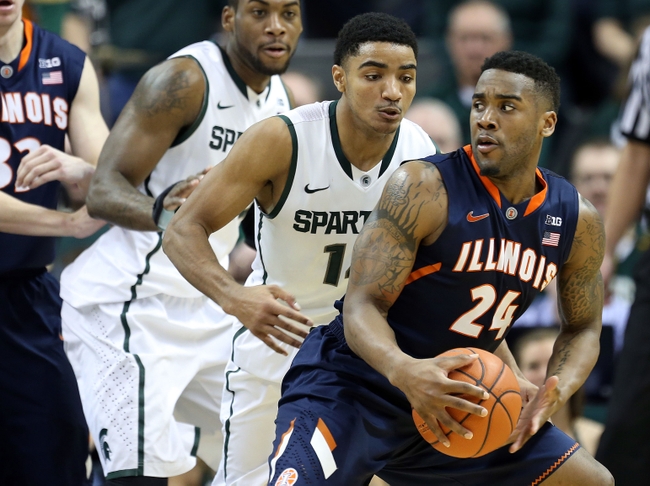 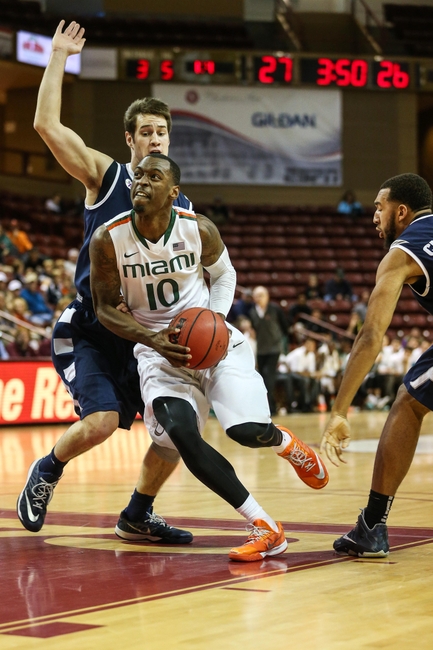 Rice - Has the frame of a football player at 6'4 230.  Has really improved his jumper this year, but in the past has drifted some when shooting off the dribble and forced a few shots as well. Really impressive when attacking the rim and a relentless rebounder as well. Uses screens effectively and is improving as a distributor. Really likes to go to his right hand. Has very good range on his jumper and as expected is a terror in transition.  Plays above the rim and can get lobs with the best of them.  Well above average defender, have to be careful and can not be lazy with him near  as he gets in passing lanes extremely well.

McClellan - Silky smooth player who Coach Jim Larranaga called "the most talented offensive player he has ever coached." Rare athleticism with a reported 44 inch vertical leap. Has made huge strides from his days at Texas as both a passer and a defender. Does not force his offensive game and has shown great patience this season. Unstoppable when he gets out in transition. Uses his hops to get a lot of rebounds. Struggled early on with his jumper but has improved dramatically the past few games. Has been excellent with out the ball as well, cutting effectively to the hoop for easy buckets. Needs to improve his medium range game. At times reaches a bit too much defensively.

Overall Advantage - Depends on what you like better, a poor man's Dwayne Wade with more muscle or the guy with Kobe type athleticism who is still learning how good he can be?  Ok, hyperbole aside this is an outstanding match-up and could come down to who utilizes what they do best. If Rice is muscling McClellan in the paint, advantage Illini.  If McClellan is using his sick handles and speed to drive past Rice, advantage 'Canes. You really can't go wrong with either player.  This will be a fun one to watch.  And these are just two of many very talented players who will be on the floor tonight when Miami and Illinois compete.