Check out the new batch of jerseys, along with some reaction from the twitterverse.

Share All sharing options for: Renewed Jerseys are unveiled

At the #UNite spring game and event, the new Nike uniforms for the football team were released. For the best view of them, you can go to the Renewed Identity site

Here they are (all photos from the Nike website): 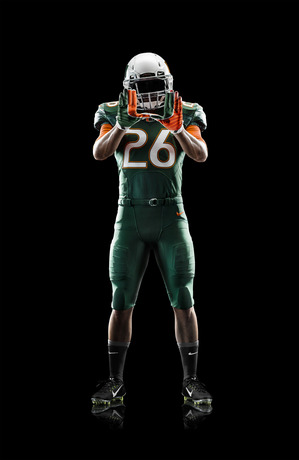 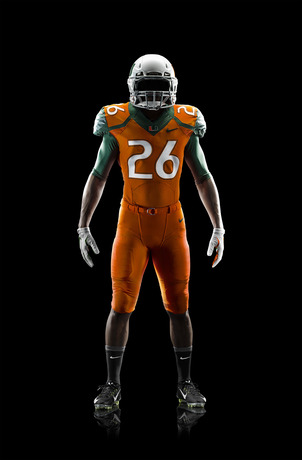 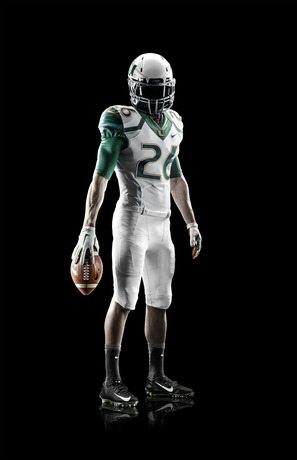 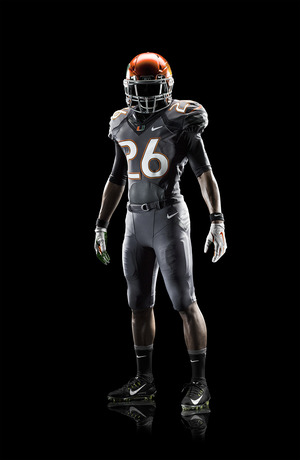 To all that are up in arms, about the new helmets, the classic "U" helmet (without the Ibis image) will be in the rotation. So, there are 48 combinations, with 3 helmets, 4 tops, and 4 bottoms. Black cleats and black socks will be constant for every game.

And now, for some reactions from the twitterverse:

@TheStateOfTheU Like em, but the Troopers are a little too close to USF for my taste.

@thestateoftheu Agreed. Stormtroopers should be all white.

@TheStateOfTheU Will be cool to see the different combos that are used.

@TheStateOfTheU Orange & green jerseys are better than the other 2. The all-white is disappointing. Don't get why the helmet had to change

A subtle but really nice touch RT @JNGerhart: I also love that #26 was the number used for the reveal. Immortal.

@TheStateOfTheU wish there was a green helmet but definitely dig the new set. Best looking team in the state.

@TheStateOfTheU the white looks awesome too. Screw it, I like them all.

@TheStateOfTheU love that they brought the green back. A lot of sweet possible combos with these new uni's. Still wish there was a black one

@TheStateOfTheU Always thought the classic helmet needed the U to be bigger. Love the new look(s). Now its time to get back in the hunt.

@TheStateOfTheU I dig them all!

@TheStateOfTheU Idk how you can dislike any of the jerseys after you see the combos on http://t.co/Y3r9WoGfcJ

@Ben_Estevez @TheStateOfTheU to early to tell. We are considering announcing all uniform combos for games before the season

So, mixed reaction, but mostly positive.

And, for those wondering, the new jerseys will be on sale this summer. The date July 1st has been bandied about on twitter for some time, but the only response I saw to that direct question was "this summer". So, stay tuned for that.

Those are the uniforms and some reactions. What are yours, Canes fam?