The Quest for 55 - The Picks Have Arrived

Enough talking. Enough previewing the season. It's time to perform. I pick six weeknight games and start a journey that ends on a January night in Dallas. Can I win 55 percent this season? Here's your first chance to hop on the bandwagon.

Share All sharing options for: The Quest for 55 - The Picks Have Arrived

"Everyone has highs and lows that they have to learn from, but every morning I start off with a good head on my shoulders, saying to myself, 'It's going to be a good day." -  Lindsay Lohan

To remain levelheaded while predicting games for an entire season in college football, I have to follow Lindsay's lead. The fall is always a grind, but I'm up for the challenge. At long last, the time has come to reveal some actual picks for the opening week of college football games. When it comes to sports and picking games, many people think they're experts, with the power of hindsight often inflating their feelings of confidence. The most common feedback I get from readers is: "What were you thinking! Everyone knew Team XYZ would dominate." I always tell them to try picking 100 games in a season and report back with the results. I would love to sit here and say I'm going to win 60% of my picks in 2014, but the reality is there's a better chance of me solving the maritime disputes in the South China Sea. My results in 2013 weren't good enough, but every offseason brings optimism. My goal this season to try to hover around the 55% mark and try to entertain you while doing it.

Throughout the offseason, I've looked at various ways to give myself an advantage. I searched far and wide for a Sports Almanac website from the future, trying to become successful like Young Biff from Back to the Future. I was in negotiations with several of the smartest students at Notre Dame to have them write articles and pick games for me. Unfortunately, given the recent increased academic scrutiny in South Bend, that plan fell through. I finally decided that old fashioned hard work would be the best way to prepare for success. I did what any intellectual college football fan would do: I spent countless hours on Twitter learning as much as I could about each and every team in the nation. Strap on your seatbelt and prepare for a bumpy ride.

For those of you that weren’t following my "precise mediocrity" last fall, here’s a quick refresher on what I’ll be doing each week. I’ll pick between 10-15 games a week and will almost always include the games on weeknights for your viewing enjoyment. My favorite game of the week will be called the "Golden Pick," in honor of UM’s Head Coach. I will analyze and predict all FOURTEEN Miami games this season - In Kaaya We Trust. I will fall into trap games repeatedly, but won’t lose my resolve. The greatest sport in the world starts now.

Technically I'm riding a wave of momentum since I picked Eastern Washington on Twitter this past Saturday. I'll end my FCS picking season with a commanding 1-0 record. Follow me @Jpickens15 for more winners, Miami analysis, and obscure foreign policy references. 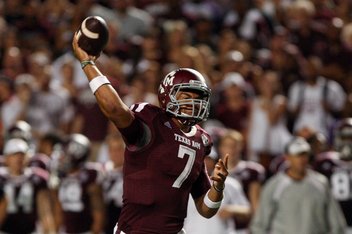 Let's see how many times Brent Musberger can mention the words "Manziel" or  "Johnny Football" in his inaugural SEC Network broadcast. Despite the loss of Johnny, Texas A&M is loaded with young talent. New starting sophomore QB Kenny Hill has playmakers all around him. WR's Speedy Noil, Ricky Seals-Jones, and Malcome Kennedy all have the potential to be explosive after the catch. Huge TE Cam Cleer could be a factor as well. TAMU should have one of the nation's best offensive lines and RB Tra Carson will have a big night. I fully expect Barry Alvarez to be texting Condi Rice by the end of the game about how impressed he is with the speed of the Aggies. I don't think Kevin Sumlin gets enough credit for his coaching ability. The biggest question mark in College Station is whether the defense will improve from their dreadful 2013 campaign.

Playing in Columbia, SC has been brutal for opponents in recent years. South Carolina QB Dylan Thompson had success when he played last season, but he was better in 2012 and I'm not sold on him being an All-SEC caliber player just yet. Gamecocks RB Mike Davis has NFL talent and he'll have plenty of opportunities to take advantage of a smaller Aggies' front 7. I expect this game to be a shootout. South Carolina has to replace Clowney and several studs from last year's defense. The Aggies will stay close throughout and have a chance to pull the upset in the 4th quarter.

I've seen aggressive marketing campaigns for football games, but this one takes it to another level. Louisiana-Monroe is having a "Camo Out" and released this must watch video featuring the AD and Head Coach of the Warhawks. A Duck Dynasty episode will be filmed during the game. Sounds like a bad night for Wake Forest to be breaking in freshman QB John Wolford. New Wake HC Dave Clawson has to find replacements for his starting QB, RB, and WR from last season. This is going to be a long season for the Demon Deacons. Wake returns just five starters on defense and will struggle against the versatility of ULM's multiple look offense. ULM QB Pete Thomas has starting experience at both Colorado State and NCST and his experience will be a factor on Thursday night. The Warhawks beat Wake Forest 21-19 in Winston-Salem last season. The fans in Camo will rattle a young Wake offense searching for an identity and ULM gets a nice win on opening night.

Ole Miss has an advantage with this "neutral site" game being played in SEC country. Expectations are high in Oxford this season and Bo Wallace is one of the only returning QB starters in the conference. Bryan Harsin has the unenviable job of taking over for Chris Petersen. Boise State QB Grant Hedrick has been inconsistent when he’s played and this talented Ole Miss defense will be a tough test for him. WR Matt Miller will make some plays but it won’t be enough. Boise State lacks experience up front and Ole Miss is simply a much better team in 2014. The chants of "SEC, SEC," will be heard during the 4th quarter. The Rebels have a star safety in Cody Prewitt and he’ll make things difficult for Boise on offense. Ole Miss has three players ready to breakout this season in WR Laquon Treadwell, TE Evan Engram, and DE Robert Nkemdiche. If they don’t already, every college football fan will know their names by the end of this season.

The Cougs will have a significant advantage with this game being played in Seattle. Rutgers has to travel cross-country and play a game at 10pm EST. WSU QB Connor Halliday should have a huge senior season in Mike Leach’s offense. The Cougars have a talented and deep group of wide receivers to help Halliday succeed. Look for WR River Cracraft to have a big night. This is Leach’s third season in Pullman and his offense should have a better grasp of his system in 2014. Rutgers will once again turn to Gary Nova at quarterback, hoping his inconsistency can be solved by new offensive coordinator Ralph Friedgen. The Scarlet Knights face a brutal schedule in their first season in the Big Ten. This opening game with Washington State is a tough matchup for a Rutgers defense that gave up 4000 passing yards, 31 passing touchdowns, and just 8 interceptions in 2013. I expect WSU to put up 30+ points and throw the ball on nearly every down. Friedgen was an intriguing hire, but I doubt his offense will be ready for primetime on opening night. #GoCougs 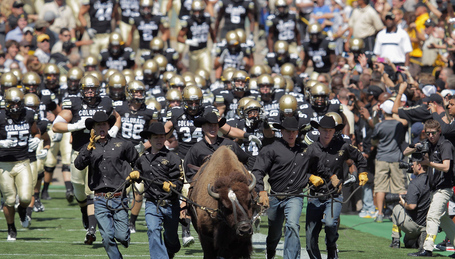 Bowling Green has a great chance of winning another MAC title this season. New Head Coach Dino Babers learned under Art Briles at Baylor and brings that high-speed offense to BGSU. Babers led Eastern Illinois to a 12-2 season in 2013 and helped groom QB Jimmy Garoppolo for the NFL. Bowling Green has the perfect QB for Babers’ system in Matt Johnson. RB Travis Greene dominated the MAC last season and should thrive in this new offense. BGSU’s defense should be stout, especially up front with several playmakers on the defensive line returning. Western Kentucky also has a new Head Coach in Jeff Brohm, but he isn’t inheriting the same kind of talent. QB Brandon Doughty should improve this season as a senior, but he’ll miss having star RB Antonio Andrews with him in the backfield. The offensive line could be an issue for WKU and the Hilltoppers return just three starters on defense. Dino Babers will become a household name by the end of the fall. Tune in and watch Bowling Green win by double digits.

Colorado State won 8 games in 2013, but lost a ton of key contributors on both sides of the ball, especially on the offensive and defensive lines. Inexperience up front will be a problem on opening night and I expect the Rams to struggle early. CSU QB Garrett Grayson will be one of the best passers in the Mountain West this season, but he’ll miss relying on star RB Kapri Biggs.  Colorado’s QB Sefo Liufau played reasonably well as a freshman last year and I expect him to show improvement this fall. WR Nelson Spruce will take over as the main playmaker on offense. The Buffs return a lot of starters on both sides of the ball, and stud LB Addison Gillam leads the defense. Head Coach Mike MacIntyre made strides in his first year in Boulder, winning four games, and I expect Colorado to start this year off with a win. I’ve said it many times but it bears repeating. I’ve seen hundreds of live college football games, but no pregame ritual was more exciting than seeing Ralphie run onto the field from my seats in the 2nd row.