The “Monday Morning Miami Musings” (M4) is an article series our site will be running every Monday after the Canes play a game. It’s a reactionary piece to review what happened during the game. Now, what will set this series apart from our normal post-game articles will be the fact that it will be written and posted 48 hours (or, if a Thursday game, 96 hours) after the games are played. It’ very well known that we’re all passionate and have knee jerk reactions right after the Canes play. This series will be to hopefully give a solid and relatively unbiased account of the game.

And so now we come to it… Nebraska Week… Let’s look back before we look forward, shall we?

The Canes played an inferior opponent last Saturday in the Arkansas State Red Wolves and played relatively error free in a 41-20 romp at Sun Life Stadium. The only two blemishes on offense were the inconsistent play calling in the first half by the and the late interception tossed by Kaaya in garbage time.

The defense played above average when it came to stopping the run and statistically they slowed down the Red Wolves passing attack as well. Again, third down and long situations continued to plague the defense as they seemed to go into a shell and gave up long gains on multiple occasions. All in all though the Canes played well and simply out talented ASU to a victory.

"Out talenting" an opponent simply won’t happen on the road in Lincoln, Nebraska however. The Canes are going to have to play close to error free on offense and not have Kaaya try and win the game for the Canes through the air to pull out the upset against the Huskers. Expect to see Duke Johnson get 20 to 25 rushing attempts if the Hurricanes are to be able to pull out the upset.

All the above leads us to the inevitable: coaching during the game and prep beforehand. So far, whether it be this season or the last two plus, the Cane coaching staff has not seemed to prep the players well leading up to their contests or to that matter, make in-game changes to combat what the opponents are trying to execute. I’m not saying that the Canes are running the same plays over and over again (from what I can tell, at least) but the lack of execution as well as the overall play calling against quality opponents has been lacking throughout the Golden regime. Will it change this week? I highly doubt that.

I hope for the best. I just don’t see it. 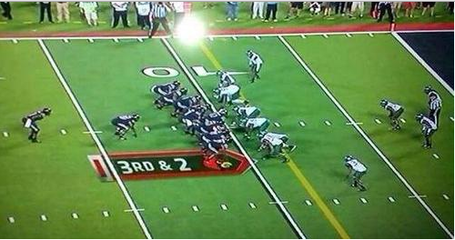