The Good, The Bad, The Ugly: Nebraska Edition

What went right, what went wrong, and everything in between Vs the Huskers. Plus team grades.

Share All sharing options for: The Good, The Bad, The Ugly: Nebraska Edition

The game started out so positive for Miami.

But in the end, we are all left with the same unanswered questions, especially on defense.

I think we will all be seeing Ameer Abdullah in our nightmares.

UM has little time to lick its' wounds, with defending Coastal Division Champion Duke coming to town next weekend.

Let's break it all down.

Scene on the field... pic.twitter.com/qYzs7SwcSc

Armbrister showing up big so far. Man, that guy has really elevated his game. Bailed out his offense

#Canes needed that. Kaaya to Lewis for 9 yards. That's the second TD reception of Lewis' career, first since his first game in 2012 vs. BC.

@TheStateOfTheU Sure, Ameer is great, but damn, this defensive front is getting abused at the point of attack every play.

Facemask call on Tyriq McCord. This is getting real ugly again. 45 yards in UM penalties in about a minute.

Kaaya threw two horrendous picks (one negated by penalty). But he did have some nice moments as well.  Duke Johnson has a very nice game, but unfortunately his second half fumble is all anyone will remember from this game.

Miami knew what was coming, and couldn't do a thing to stop it.  Abdullah is a special player, but much of what we saw tonight was a defense that is still a long, long ways from ready for prime time.  UM's best defensive player, Denzel Perryman, was basically a no show.  346 yards rushing allowed is not a typo. 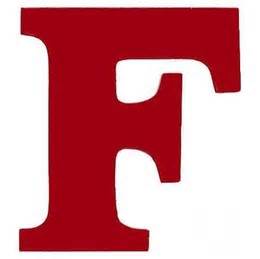 Michael Badgley nailed his first FG from 34 yards.  No huge mistakes, but no big plays produced either.

Coley had some very nice calls on offense. Perhaps a few too many bubble screens.

Mark D'Onofrio however took a far too conservative approach on D, in my opinion. With Nebraska chewing up the Miami front, nary a blitz or 8 man front. Why not dare Armstrong to beat you with his arm?

Announcers even chiding coaching staff on positioning of safeties against Nebraska's offense. 15, 20 yards deep all day.

Circle drill in pregame was cool, nice way to fire up the team.   It fired up RT Taylor Gadbois, sure, but the D took the brunt of  Nebraska's aggression tonight, instead of delivering it.  Some of that has to fall on the coaches.

If not for some improved offensive play calling this could easily be an F as well.  The defense was dominated, and it's up to this staff to explain and remedy it.