I give my thoughts on the Nebraska game, highlighting the positives and negatives from Miami's performance on Saturday night. The outcome wasn't what I had hoped for, but my trip to Lincoln was still a great experience.

I'll start by saying that it's not my role to talk about the need for coaching changes. I'm not an expert on X's and O's. I simply write about what I see on the field and try to keep a positive outlook as much as possible. I will support this program no matter what and simply want the best for Miami. There are eight games left and I'm not going to overreact to the loss, but I clearly understand the comparisons to the poor performances we've seen the past few seasons. When I see stats about Miami's record against ranked teams under Al Golden, there's nothing I can really say. Miami has to start winning big games and change the narrative. It starts this weekend, with the 23rd ranked team coming to town. The Duke game is an absolute must win for this program. The Blue Devils have run the ball well this season on the way to a 4-0 start. Miami must play more aggressively on defense than we saw in Lincoln to have any chance of winning the Coastal Division.

I was extremely disappointed by the Canes' defense on Saturday night. I was talking all summer about how I expected this defense to make a significant jump and was encouraged by the first three games of this season. Miami's defense against Nebraska was a setback and very frustrating to watch. Ameer Abdullah is one of the best running backs in the nation, but the Canes made things too easy for him. Nebraska ran the ball 54 times and passed just 13 times. In the first half, the Huskers ran 38 plays while attempting 9 passes. In the second half, Tommy Armstrong only threw the ball four times, one of which was a terrible throw for an interception by Tracy Howard. Everyone in the stadium knew Nebraska was going to run the ball on nearly every play, but Miami never adjusted. The attitude should've been to crowd the box with 8 or 9 guys and force Armstrong to beat you with his arm. In addition, for this defense to play well, Denzel Perryman has to have a big game. He never was able to have the impact we've come to expect from the potential All-American.

A two hour delay due to a mechanical issue caused me to miss my connecting flight to Omaha. After getting lucky and finding a seat on a rare flight to Lincoln, I was relieved. At the gate nearing departure time, Delta informed everyone there was another broken plane. "We are trying to get a new plane from the hangar and will keep you updated, but thanks for flying with us." While I sat delayed for another 2.5 hours, I repeatedly looked up how long the drive was from Atlanta to Omaha, (15 hours) hoping the distance would somehow get closer. But in the end, a new plane arrived much to the rejoicing of a group of Miami fans.

The Canes moved the ball all night. Miami had 10 drives and punted just twice. Five drives ended in points and three ended in turnovers inside Nebraska territory. Duke Johnson’s fumble was an enormous swing of momentum on Saturday night, but the turnovers don’t take away from how well Miami played offensively. UM’s offensive line protected Kaaya and gave him the time he needed to make plays. UM’s tight ends Walford and Dobard combined for 8 catches for 100 yards and a touchdown. Fans have been begging the Canes to utilize the talent we’ve had at TE in years past. It was great to see Miami throw the ball consistently over the middle of the field.

Don’t get lost in the frustration involving UM’s struggles on defense and miss a huge takeaway from Saturday night’s game. Brad Kaaya is going to be a star at quarterback for the University of Miami. He made big throws when he had to, showed touch on balls down the middle, and showed his arm strength on throws across the field in key situations. He won’t face a road environment tougher than Lincoln for the rest of his college career. There were two delay of game penalties and a few times where Kaaya stared down receivers, but overall I was very impressed with his performance. The future of Miami’s offense is bright under the leadership of this talented freshman.

After the Louisville game, I was among the group of fans that was questioning James Coley’s poor play-calling. Against Nebraska, Coley called the best game of his career. Nebraska’s defense was kept off balance with Miami playing more aggressive than we’ve seen this season. The Canes threw to set up the running game and helped Kaaya get comfortable by throwing often on 1st down. Miami was rarely in 3rd and long situations and found a way to get Duke Johnson involved often in the passing game. Hopefully this is the Miami offense we see going forward.

As Miami called timeouts in the final minute and tried to score one last touchdown, all I could focus on was the crowd. Everyone was standing and cheering on the Nebraska defense. No one left early. I started thinking about how bad the crowd at Sun Life Stadium would be if Miami hosted Duke for a Noon game on Saturday. Thankfully, ESPN2 will carry the game and the Canes get another chance to play at night. Despite their frustrations, I'm hopeful Miami fans will continue to support this team. I'll be there Saturday night and you should be too.

I loved the experience of attending a game at Nebraska. At many stadiums, wearing Miami gear ensures that I'll be yelled at or mocked throughout gameday. This weekend, wearing orange or green was essentially an invite to every tailgate party in Lincoln. I was repeatedly asked if I was enjoying my time in Nebraska. Countless fans wished us good luck and thanked us for making the trip. Cities like Lincoln are what college football is all about. The atmosphere inside the stadium was terrific all night. While the Canes came up short, I'm very glad I had the opportunity to make the trip.

I wanted to share some of the best photos from our tour on Saturday morning. Thank you again to the University of Nebraska for granting us access to the athletic facilities. I look forward to seeing Husker supporters in South Florida next fall and hope Miami fans return the hospitality that was shown to me. 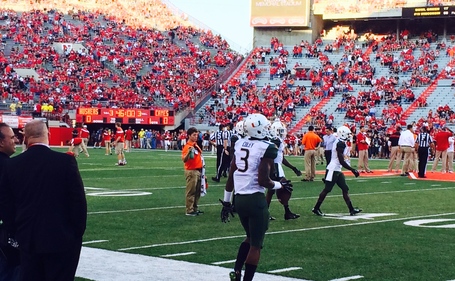 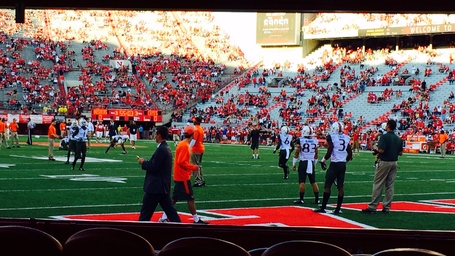 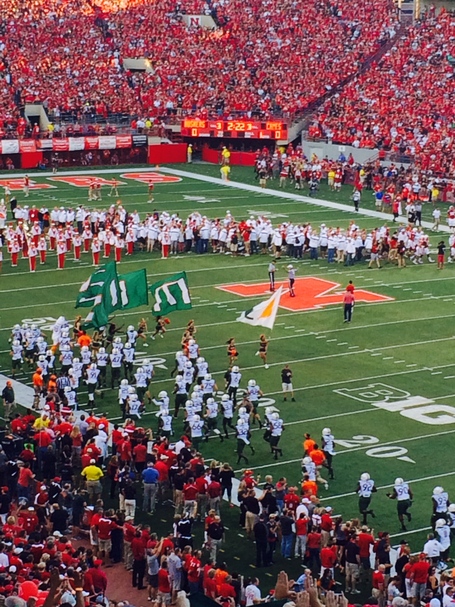 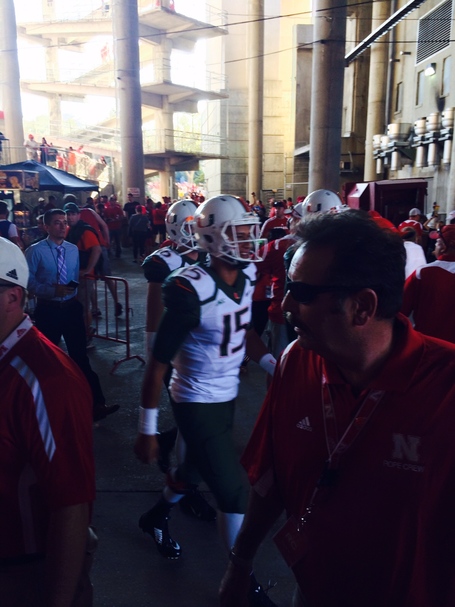 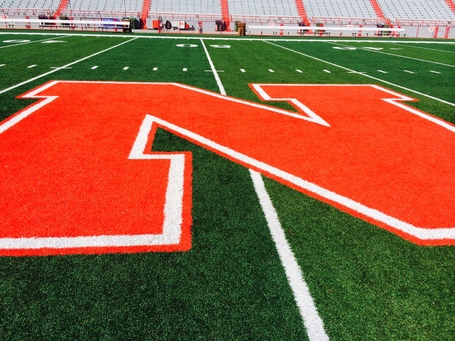 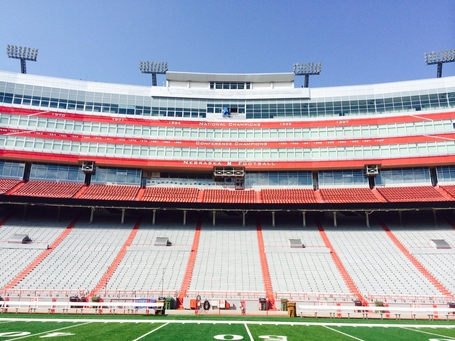 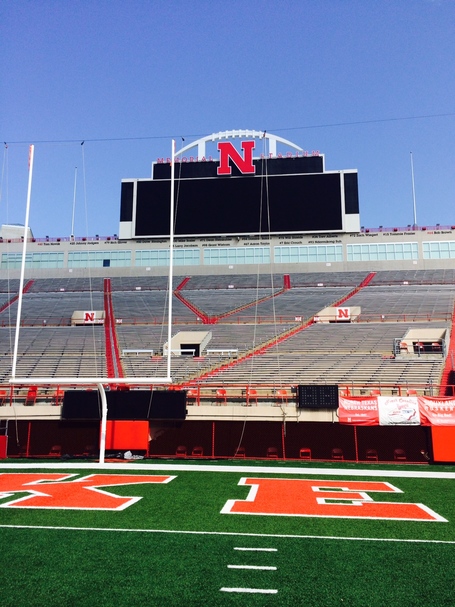 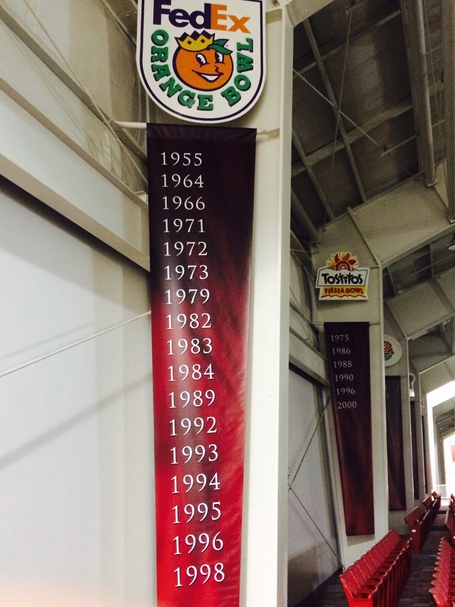 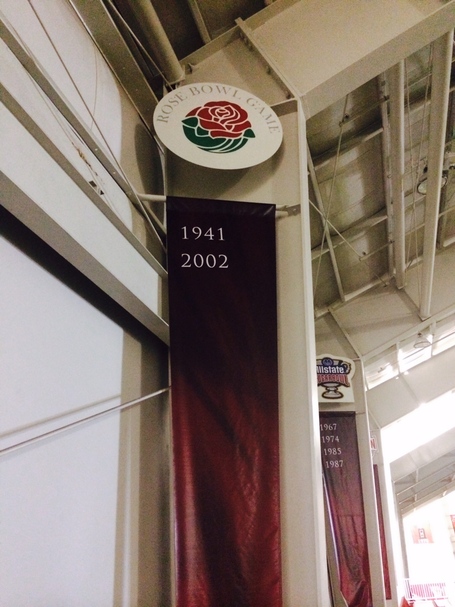 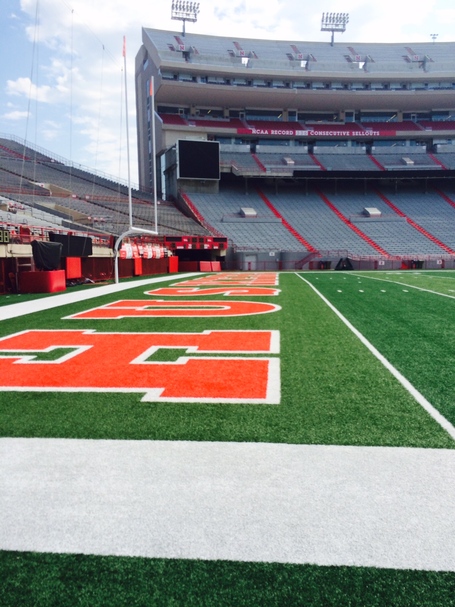 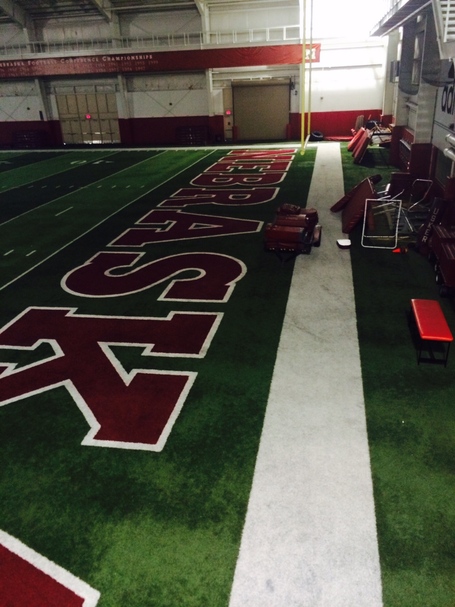 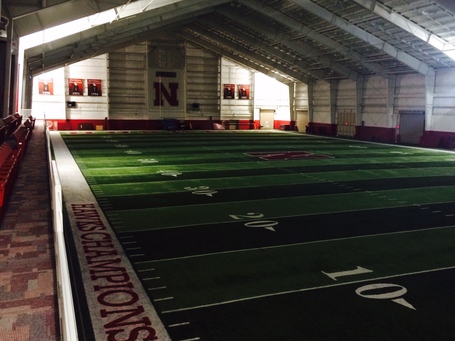 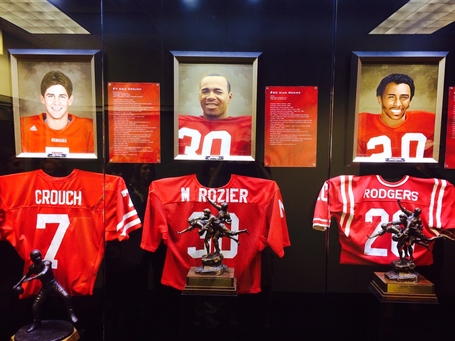 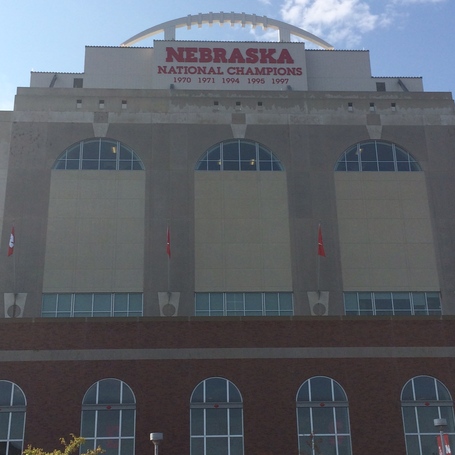 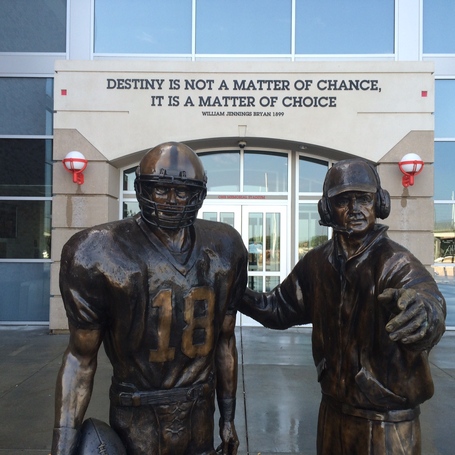