A recruiting retrospective, the second and final installment on the 2014 and 2013 Hurricanes classes.

Oh yeah! Time to hop in the DeLorean one last time before we get all excited about the upcoming signing class (click this if you need a refresher on the 2014 post)! A recruiting class starts to take shape by year two of being on campus. By now, coaches, players, and fans know if a recruit is going to be a great player. I believe, that by this point, we all know who is going to pan out and who might need some more development. The good news is players still developing have time and all is not lost. Once they become redshirt juniors and seniors, they still have a chance to be affective players for a team. Enough small talk by me, lets get into the 2013 class! 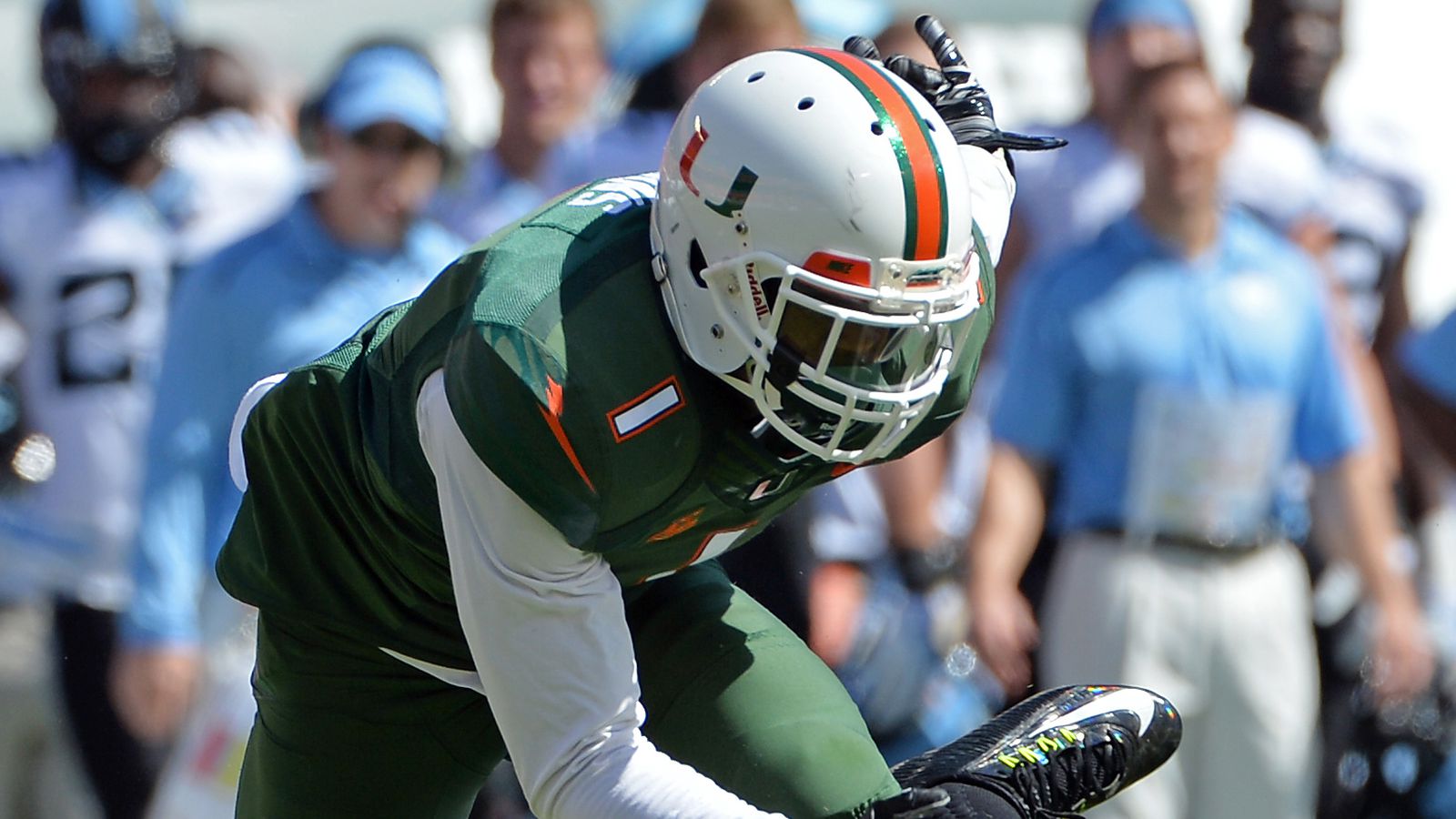 Artie Burns - Was anyone else really confused his freshman year wearing #1 and having Burns on his back. For the first three games I kept asking if Allen Hurns was playing defense? Moving on, Burns is probably my favorite player in this group. I really like him because of how big and physical he plays the corner position and is willing to tackle. Listed heights and weights are always inflated but Burns it seems to be the opposite. He seems to be bigger than his listed 6'0" and 196 lbs. A DB playing larger than his actual size is always a good thing (think Ed Reed). To really jump and take his game to that coveted "next level" I would like to see him come down with a couple of INT's his junior year.

About to be Studs

Jermaine Grace - I expect Grace to come on in place of Perryman. Jerry does not like his size and I agree that will hinder him in the scheme the Canes play. What I like about guys who are constantly reminded about their size, they come with something to prove. Think Jonathan Vilma, mainly comparing their size. I do not expect Grace to be the next Vilma, but do I expect to hear his name a lot more on Saturdays (or late Thursday nights).

Corn Elder - I almost made a new category for Elder (like great role player stud). To me he will never be a dominant player for the Canes but I think he will be very affective. He only has two years of defense under his belt. I compare Elder to Sam Shields, if Shields had played corner his entire career at Miami. Elder is a very athletic player that can make up for having to still learn the position.

Gus Edwards - Last year Edwards seemed to be the clear replacement to when Duke decided to leave. Yearby's presence has changed that but I still see him to continue to be a great change of pace back. I worked with an offensive line coach who would always say, "Big guys beat little guys." Edwards is a "big guy." No defender is excited about having to tackle a massive change of pace back. I expect Yearby and Edwards to be a light version of Bush and White from the 2005 USC team.

Ufomba Kamalu - I had to make a new category for Kamalu. He was a Juco-transfer for the Canes. He has played well and will be a key role player for the defensive line. Unless a Juco-player makes an impact an immediate impact, his ceiling has been reached.

Jury is still out on their Studness 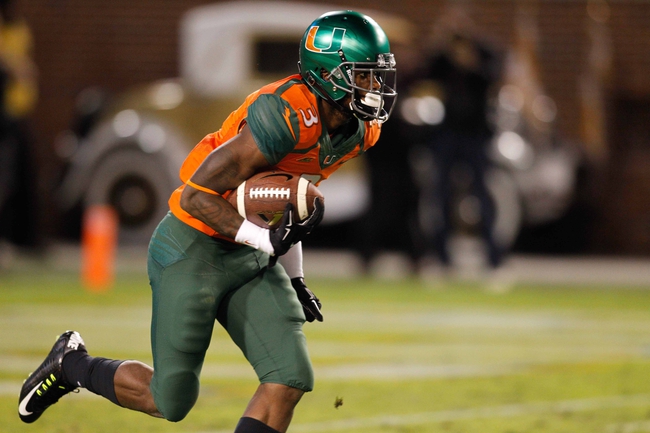 Stacy Coley - Man how one year can change everything. If I had found my new love for writing a year ago (this is where I would send you to a link to my past writing), I would have ranked him a surefire stud. Currently his path reminds me of Lance Leggett's at Miami. Breakout freshman year and then started to disappear his upperclassman years. It is possible to give Coley a break for a tough sophomore year. A new quarterback always changes chemistry. The offense did not revolve around Coley and with Dorsett's speed, Walford having a breakout year, and Duke's improved pass catching ability opportunities for Coley became scarce. Kaaya has to replace all of his favorite targets and Coley's experience plus talent give him an edge. If Coley starts off slow again, it might be another long year and hopefully we do not thinking about what ifs.

Standish Dobard - In his 33 yard catch and fumble against FSU, I had all the emotions one can have about somebody's talent ceiling.

Broke Tackle: I really like this new tight end.

Broke Loose from FSU Defender: THIS IS GOING TO BE THE BEST TE MIAMI HAS EVER HAD! JUST MAKE SURE YOU HOLD ON TO THE BA...

I still really like Dobard and he reminds me of Walford, great size and run wells in space. Just like Berrios' drop, this fumble really sticks with me. I'll post it again "As Santana Moss said..."

Jamal Carter - Josh could not have said it better in his DB Breakdown. Thanks for making my life easier Josh!

Too early to tell

Alex Gall - My prediction for Gall is he makes his way into the starting line-up by the time he is Senior. He will not have the same talent as everyone else but will play admirably and we will all praise that he paid his dues. (Obscure Reference Alert!) Reminds me of John Rochford.

Al-Quadin Muhammad - The circumstances around Muhammad's suspension have been hazier than my last name. For the type of talent Muhammad is, the Canes could sure use him. The good news is that he has been reinstated.

Sunny Odogwu - If Gall does not live out my prediction, Odogwu will.

Hunter Knighton - If neither Gall nor Odogwu live out my prediction, Knighton will be my "third time is the charm." I will then boast and become irrationally confident in four years about predicting talent.

No Longer on the Roster (strap in) 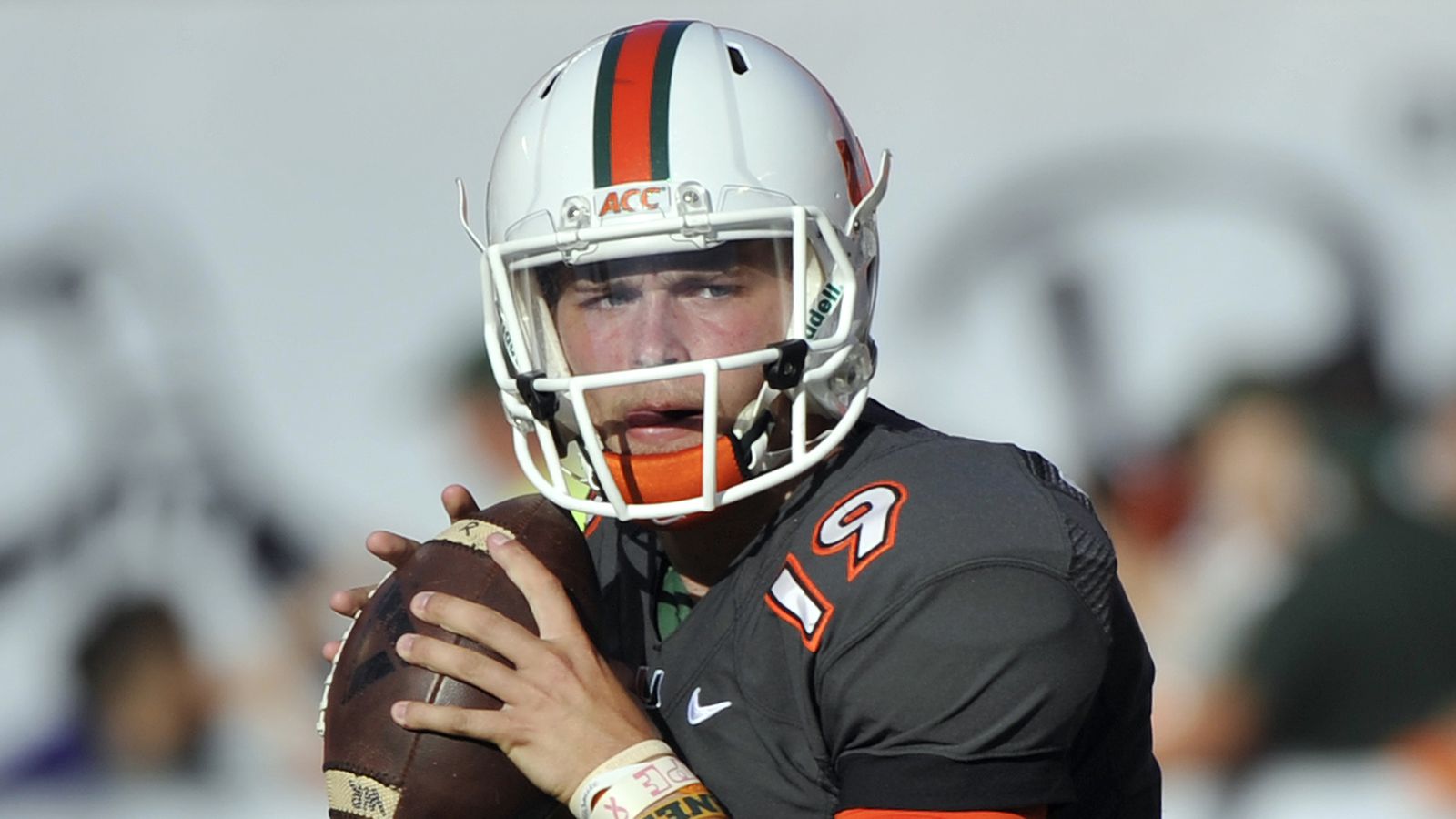 Kevin Olsen - It's easy for people to have a lot of hate here, but for me I always hope stories like these have happy endings and Olsen gets his playing career back on track. It worked out for the Canes and I hope the same for Olsen.

Alex Figueroa - This story is much different than abusing alcohol and drugs. Glad he is no longer on the team.

Ray Lewis III - Theme for this class, famous alumni relative, off the team in two years.

Derrick Griffin - Never qualified academically (hate when those academics get in the way), enrolled at FCS Texas Southern

Beau Sandland - I think he wanted to just be in the new uniform photo-shoot because he "peaced" a day or two later. I would post a photo, but my favorite Canes photographer would never talk to me again. Thanks for all the photos JC!

Ryheem Lockley - Another theme to this class! Academic qualifying for the three-peat!

This has to be one of the more disappointing classes in Golden's tenure. Yes, there was the three-year NCAA investigation cloud hanging over Greentree but that does not excuse the staff for missing on so many players. In the second 30 for 30 (shout out to my .5 second cameo!) Butch Davis talked about how they researched every player and found the ones with the best leadership/high character qualities. Too many of these players from the 2013 class have transferred or NEVER EVEN MADE IT INTO THE SCHOOL!

To end on a positive note (I am probably the most irrationally optimistic person this side of the Mississippi), the top of the class is very strong. Burns, Carter, and Elder are going to be staples in defensive backfield for the next two years and what Canes fans will remember from this class. Edwards is a big back that will continue to bring a beat down on defenders. Kaaya showed this year how much he depended on the tight end position and I expect Dobard to fill that role. If Coley can put last year behind and take the Leonard Hankerson route, that's an offense with a lot more weapons than expected. The 2014 class will be the stronger class of the two but the 2013 group will hold their own.