The NFL Draft Experience - For Everyone Else

A conversation with a past Hurricane and current Miami Dolphin on his experience leading up to and through the 2010 draft.

Share All sharing options for: The NFL Draft Experience - For Everyone Else

What about the rest of the draftees? What about the ones that are not sure what round they will be in? The players that some mock drafts and scouts have them going in the second round and others late in the seventh. I had a conversation with ex-Hurricane (and teammate) Jason Fox to find these answers. The Detroit Lions in the fourth round of the 2010 draft selected Fox. I went through his pre-draft process and try to find the emotions the majority everyone not named Winston or Mariota will have this weekend.

Talk a little about the process you would have to go through to appeal to teams. What did you feel you had to do to stand out and separate yourself from others? What did you want them to know about you?

Fox: I had probably the most backwards draft process anyone had. Things went wrong at the wrong time. I hurt my knee at the end of season; so going to the combine I did not participate in any of the drills. Instead I had to sell myself through interviews and told teams that I was a hard-worker, leader, and intelligent player who could think on his feet. Felt like a lobbyist. Some teams wanted that type of player while others were looking for something else. Was asked "How many bar fights have you been in?" and the answer teams were looking for could go either way.

Were there teams you wanted to play for or had a better feeling about (do not have to name any teams)?

Fox: Top picks have that leverage but I just wanted to be drafted as high as possible. Some situations were good fits but at the same time wanted to make a good impression with every team.

Did you pay attention to any of the mock drafts or look up where you might fall?

Fox: Most of my career in NFL and college I have avoided what they say about me. For the draft process because of the situation I was in, I did monitor what was being said. The most frustrating part was being hurt and watching my name fall on the list. By the draft my name was high on some lists and low on others. I was much more caught up in what people were saying because of the injury. I paid too much attention to what was being said, and I do not recommend that.

Other than not being able to choose where you go, what was the biggest difference between the college recruitment process and the NFL Draft process?

Fox: Colleges tell you everything you want to hear; NFL is a job and interview process. There are a lot more mental tests. You are taking the Wonderlic test and a personality test at the combine. 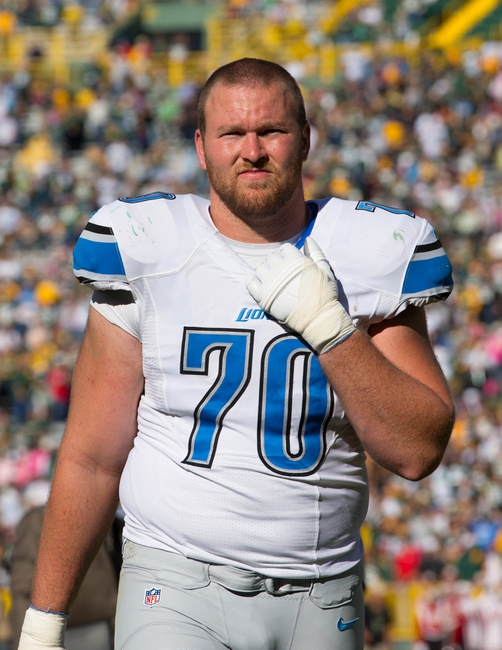 What was your set up and location for watching the draft, did you even watch?

Fox: I went back home and watched in Texas with family and friends. Did not watch most of the first couple rounds. Once the third round started, I was receiving phone calls that teams were interested in drafting me.

What were your expectations heading into draft day?

Fox: I really was not sure where I stood, some people were saying early and others had me in later rounds. Knew that I was not going to be in the first couple rounds.

As the draft went on and a couple rounds were completed, what were your feelings and thoughts?

Fox: Once the phone calls started, I knew that was positive and it was going to happen soon.

Explain the moments leading up to you being drafted. Who called you? What was going through your mind?

Fox: Did not happen to me but teams will call and say they will draft a player with an upcoming pick, and then not pick them. Leading up to the draft, I did have teams text me, that if I was still there, they would take me in the third round. Right before I was picked, Martin Mayhew, GM of the Lions, called and asked how "How would you like to become a Lion?" He then passed around the phone to Jim Schwartz and other coaches. It was an awesome moment because the realization hit that I would be on an NFL team.

After your selection became official, what was the first thing you did?

Fox: I was on the phone for next two to three hours doing interviews. After that, just hung out and celebrated with family and friends.

Fox: The draft is a very hyped oriented process and a lot is just put on test numbers. How could you go from a fifth round pick to second pick just on that? Would like to see more weight on game film. There are a lot of politics that go into picks because jobs are on the line.

Big thank you to Jason taking the time to talk. I have agreed with him for a long time about test numbers and film. If a guy shows he can consistently win games, knows the game, and gets the job done, why does he just fall out because some one put up better numbers but was a weak player in college? Being around the game playing and coaching, I have always felt many people overthink the process.

The biggest take away for me is how teams have called players saying they will draft them, and then go with someone else. Must be one of the most crushing feelings for player to believe he has made his dream, only for it not to happen.

Good luck to all the ‘Canes in this years draft and hope they all do not have to wait long.