Assume that a perennial 6 - 6 football team is right in the middle - equal or better than 1/2, but only 1 game away from being in the bottom 84%.

Good news: two more wins puts you in the top 84% of all teams (some bragging rights).

See the color chart below - 68% of all teams are in the double middle yellow areas. Where are we?

Alabama belongs in the far right group – in a bad year, they can move into the dark tan area

There’s about a 15% chance a lesser color team can defeat a next color higher team. 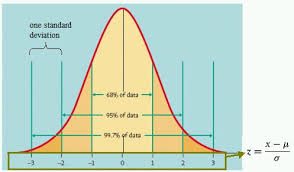 This means that 84% (50% plus 34%) of the teams in America can defeat Miami without it being considered a shock.

Although the fans won’t like it, an 8 – 4 season in 2021 would be among the best for the past 15 years, especially with Alabama, Clemson and FSU on the schedule!

At the present time, Miami is an established Yellow team - but - we've got two 3 loss seasons and one 4 loss season in the past 5 years. We are currently trending towards the Light Tan.

Coach Diaz needs 2 more full seasons to fairly rank him and his teams. Can he break us out of the Yellow?